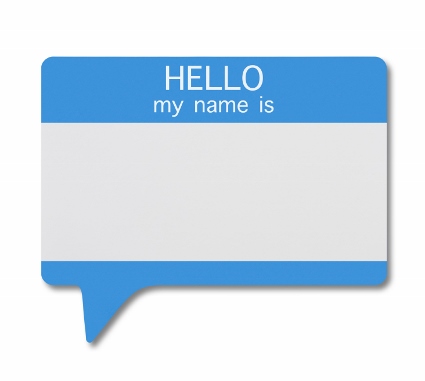 As of late, there has been a lot of discussion around the new Google+ policy of requiring “real names” from all of its’ users, which seems to have morphed into the requirement of “legal names.” There isn’t any exact and specific policy that defines a “real” name, and thousands of people have lost their profiles – some of whom were actually using their legal names, but someone thought that they were made up names.

A huge debate has been occurring regarding the banning of pseudonyms, and really interesting pages have popped up sharing people’s stories (such as My Name Is Me) surrounding this issue. All sorts of people are negatively affected by this policy; teachers, kinksters, trans folks, queer folks, sex workers, bloggers, authors/writers, young people, and many more.

Why is this such a big deal to our communities?

Let’s think about the queer community, being inclusive of the trans community. Many queer people choose not to go by their legal or birth names for a variety of reasons. Perhaps they aren’t out to their family, or to their career, or to their exes, and being outed could result in them being kicked out of their home, losing their job (in about 50% of states) or losing custody of their kids.

In other cases, legal/birth names just don’t fit someone’s identity. Lots of queer folks shorten names (Jennifer to Jen, Bella Jolene to BJ, Zachary to ZayZay), or chose to use names that they feel better fit their identity/presentation. Many trans folks choose not to legally change their names, don’t have the money to do so, or have to jump through a myriad of hoops to get to the point where they CAN legally change their names. To force members of this community to out themselves by using legal names is ridiculous.

How about the kink community? Most people (although not all) in the kink community use nicknames/synonyms/etc to participate both in the real life community, as well as the online community (FetLife, CollarMe, Twitter, etc). Kinksters use different names that are not their legal names for many different reasons – some of them aren’t sure if this is the right space for them, so they’re trying it out before they jump in. Others feel that taking a new name for their kinky side is a way to express feelings, desires and needs that they do not feel they could ever express under their real name. Still more have many of the same issues of the folks in the queer community – they are (understandably) afraid that using their real/legal names could lead to them losing their job, losing custody, being kicked out of families, having judgment placed upon them, etc.

The list goes on; sex workers being required to use their real names is incredibly dangerous for them (as well as for some of their clients). Bloggers being required to use their real names (and authors too) would significantly cut down on the amount of writing produced, as well as would limit people talking about certain subjects that might place them in a position of danger to themselves, their families, their careers, their well being.

Sexuality centric communities, such as those above, are affected very much by “real name” policies, and are very rarely helped by them. This policy exists for not real reason that is not refutable, and serves only to hurt many people. Speak up to Google+ and ask them to stop enforcing such an un-thought-out policy.