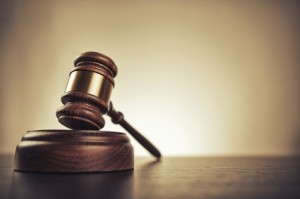 Discrimination comes in a lot of forms, and many of us deal with it in different ways every day. It seems that the more communities you consider yourself a part of, the more likely it is that some person or group has a problem with what you do. Queer, person of color, transgender, non-monogamous, kinky, differently-abled, tattooed, gender non-conforming – you name it, and someone hates it. Some of these groups can be quite vocal and vehement in their opposition to other folks’ chosen way of life, and in the most extreme cases, may dedicate a great deal of resources to lobbying efforts to have these “others” lives and preferences criminalized and vilified.

Even if you don’t fit into what is typically considered a minority group (best defined by those that are listed in the “we don’t discriminate against any of these groups” disclaimers found in many job or housing postings), your sexual preferences, or the fact that you are open or willing to admit them, may just place you into the minority of the population. And there may come a time when openness about such matters finds you facing discrimination in your daily life. So what’s a pervert to do? Below are some facts to know and things to keep in mind if this form of discrimination is something you have or may face.

· Housing – Although some states (California, Colorado, Connecticut, District of Columbia, Hawaii, Illinois, Iowa, Maine, Maryland, Massachusetts, Minnesota, New Hampshire, New Jersey , New Mexico, New York, Oregon, Rhode Island, Vermont and Wisconsin) prohibit discriminatory housing practices based on sexual orientation, there are currently NO states that prohibit discrimination based on sexual practices (such as kinky, BDSM, poly or non-monogamous activity). Therefore, though you could not legally be fired in any of the listed states for being out about the fact that you have same-gender sex, you certainly could for letting folks know that the sex you have ventures outside the realm of “normal.” (And who decides what is normal? Since there are no protections in place, and provided you live in an employment at-will state (the law in an overwhelming majority of states) any sexual act your employer did not approve of could earn you a pink slip.· Employment – Though the Employment Non-Discrimination Act remains in the news, as of the date of writing, it has not passed and therefore there remain no federal protections from discrimination in employment based on one’s sexual orientation. Because of this, residents of more than half of the states in the US (thirty of the fifty) live with the very real possibility that the fact that they are gay, bisexual or lesbian may result in the loss of their job, and that this would be completely legal. Just as with housing, there is no protection-federal or state-for kinky, non-monogamous, poly or BDSM citizens, so be aware that talking about such matters at work may, if you work in one of the large majority of states where employment is at-will, earn you a pink slip.· Family/Child Issues – Despite recent state rulings declaring bans on same-gender partners adopting unconstitutional, there remain three states, Michigan, Mississippi and Utah, where legislators (or in the case of Michigan, judges) have decided who one sleeps with determines whether one is fit to be an adoptive parent. The issue becomes even thornier when dealing with custody, as individual state judges are often given a great deal of leeway to discriminate in such determinations due to one parent’s sexual orientation. As with housing and employment, there still exist no laws to prevent a judge or administrator from making custody or adoption decisions based on a prospective parent’s kink or poly lifestyle, something which one parent in custody disputes will sadly often use as a weapon. This is something to keep in mind no matter how loving your relationship may be at present, and when deciding how much proof (photos, contracts, recordings, blogs) to leave about “non-vanilla” relationships.· Criminal – Though the Supreme Court has ruled that sodomy laws are unconstitutional under federal law, many gay, lesbian and bisexual people still find themselves the target of discriminatory stings by local law authority for behavior that is condoned if the subjects are of the opposite sex. The issue becomes even thornier when dealing with BDSM and kink practices, as no state or federal laws make a distinction in assault and battery for consensual activities. In other words, any time you engage in rough sex or play with someone, you are opening yourself up to the possibility of prosecution for such activities.

There are a number of kink and sex friendly attorneys and other professionals across the country, and one good resource for further information about possible sex/kink related discrimination is the National Coalition for Sexual Freedom. Check out their library of resources for further information, or feel free to email us at Sexquire with specific questions. And most of all, be careful out there.

Sexquire is a complete sex-positive business services company. We provide legal, accounting, web design and other solutions for sex-positive businesses, non-profit organizations and individuals. Sexquire was formed to provide a one-stop shop for adult industry businesses and professionals to find business professionals who understand their business and share their sex-positive values. Sexquire’s founder, Davis, a small-business attorney, has spent over seven years working with clients in all areas of the adult industry: including brick and mortar and online retail stores, sex toy manufacturers, dungeon and club owners, sex educators, adult event producers and authors.