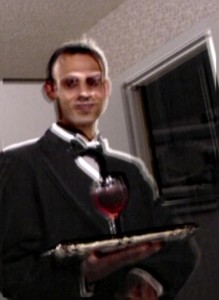 Title: Professor of His Servitude

Presented seminars one or more times at the following events or groups: