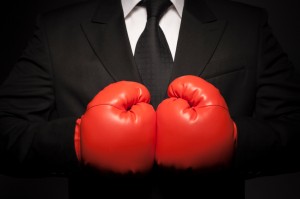 Sometimes, when I take a moment to look around the dungeon and really take in all the scenes that are happening and the conversations going on, I start to feel as though being kinky has become a competitive sport.

When I first entered the kink and BDSM community, it was more of the old guard style. There was a way people did things, and you had to put in your time to earn the respect that folks were given. In some spaces, rules included no laughing during playing, and even no observing of people’s skills. If you were newer to the community, it was encouraged that you find a house to join or someone to mentor you. If you weren’t trained by someone who had XYZ skills in whatever area, you would never be considered proficient in that tool of type of play. You had to have to right toys made by and purchased from the right people in order to be considered a ‘serious player.’

There were some pros and cons of this model. Rarely did you see someone punched in the kidneys or see someone hanging with a rope around their neck because part of the mentoring and learning process included a lot of lessons around safety. You could ask about someone in the community, and likely, people knew who they were, how they played, their relationship skills (or lack there of), etc. However, it also created this hierarchy. If you didn’t fit the mold (perhaps you were a switch, or trans, or too queer, or in some areas, too straight), you could not break into the community. If you played differently, not hard enough, too hard, not seriously enough, etc, many places might make you feel un-welcomed.

However, I feel that the pendulum has now swung far in the other direction. People of all identities, backgrounds and experience levels are welcome in all dungeons and you can usually play how you like, whether you’ve been trained or not. This makes the kink community more accessible to newbies, to people who can’t afford the fanciest toys, to those who play more sensually and/or fantastically, or who play kinkily but without power exchange. Those are pros, at least in my mind.

The problem is that sometimes people choose to play with things they have no experience with which can be dangerous. I’ve seen people buy a single tail online and decide to practice on a human first, rather than a pillow or a wall. I’ve seen people who have just learned fire play decide to buy 500 votive holders for a scene or use wine glasses for cupping (both of which can be quite dangerous, unless you know the quality of the glass which is usually not high at the dollar store).

People talk, both in person and on FetLife about what “super edgy” or “really intense” scene they’ll be doing this weekend. While it used to be about saving your flashy scenes for the big events like TESfest, FetFest, Thunder, etc, now it almost seems as though everyone is trying to out do each other with how showy or intense their scenes can be.

This, in and of itself, is not innately bad. As long as safety concerns are being discussed, then there is nothing wrong with a vein tap in the medical play area or fire flogging in a non-flammable space. However, as the competition seems to heat up, it sometimes makes newer, less “showy” players feel more uncomfortable. I have heard from people that they must not be kinky enough because they don’t like fire, breath play, or needles. Others have told me they wait until the end of parties to do their scenes, when most people have gone home, because they don’t want to be judged as not hardcore because their scene involves sensual rope work or “just” a little bit of power play.

When we make public play about outdoing one another or proving that we’re really kinky because we came up with a new way of doing play, sometimes we need to be cautious about alienating those for who have different ideas of what kink looks like. I am not saying that fire play and blood play (and whatever else is fun for some folks) shouldn’t be done publicly – I’d just like to see a space created to celebrate all types of play, even that which is less flashy, less showy, and less “I can do bigger/better/more hardcore” than you.

One Response to “Anything You Can Do, I Can Do Better”