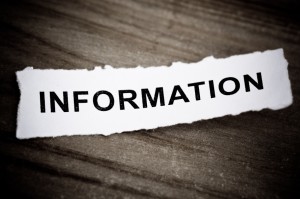 Over in the sex education, public health, youth advocacy sphere, the month of October has been selected for the month to encourage parents to talk to their children about sexuality. The public health campaign is simply called, “Let’s Talk” it was started by the awesome Advocates For Youth, They support parents and caregivers in their role as the primary sex educator in their child’s life. Which is not an easy task. I wrote a post for them earlier this month and a funny conversation between myself and a new acquaintance who overheard me describing the topic of the article I wrote and how it didn’t really apply to parents who have an alternative sexuality. I was reflecting on how the majority of the sex ed material offered to parents assumes we are all heterosexual, monogamous and vanilla.

The friend of friend then piped up, “Who would want to know that about their parents?” And she cocked her head to the side, “Would I have wanted to know my parents were into kink?”

This person did have children and so she chose to view the situation from the kid’s perspective.

“Well,” I countered, “it’s not so much about the parent providing lurid details of their own sexual behavior, or even a parent encouraging their child to be kinky. It’s more about the parent having the option to be honest.”

“Because if a parent’s lived experience around sexuality differs from the heterosexual, penis-in-vagina sex, there’s no role models or support for them to talk about it in an age-appropriate because their sexuality is considered inappropriate at any age.”

That’s when the dawn of recognition broke across her face. We live in a culture where sexual activity between consenting adults, adults who are informed, enthusiastic and sober, can be labeled as inappropriate for other adults to even be made aware of. The idea of sharing with your adult children that you are kink identified is taboo. So in addition to the Let’s Talk Campaign, I’m encouraging a Let’s Think Campaign! Let’s think about ways to discuss the spectrum of sexual behavior in age-appropriate ways. It’s a challenge, folks. I’ll be revisiting this topic regularly. So feel free to chime in!

I completed my Master’s Degree in Human Sexuality Studies at San Francisco State University. Prior to attending graduate school, I graduated from UC Berkeley in 2007 with a double major BA in English Literature and Anthropology while raising two young sons as a single parent. At Cal, I was President of the Student Parent Association.

I am a regular contributor to the Sex Positive Photo Project of the SF Bay Area and Shades Magazine. I have also written for Oakland Local and as a Sexy Mama Blogger for Good Vibrations Magazine. I have presented my original research at multiple academic conferences and symposiums. I presented my Master’s Thesis Study at the OpenSF Conference. I have trained with Community at Work to be a group facilitator and am fully committed to the participatory process of decision making.