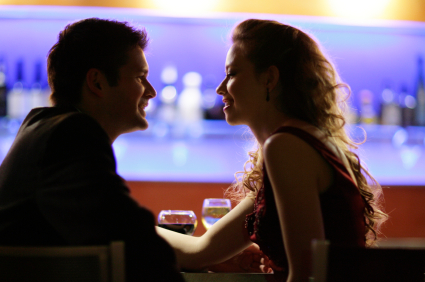 Pick up artists. Men who “run game” on women. We’ve all heard of them- but why do we never hear about female pick up artists running game on men? I referred to girls trying to get boys into bed as “playing the game” way back when I was a teen, before PUAs were a thing. (Though I also call any kind of debate or conflict “playing the game” for some reason.) But then I got better acquainted with the ol’ interwebz and realised that lots of men (and women) think that I can’t play the game- because I’m a woman.

This 2006 Observer column quotes a man as boasting how “4 billion” years of “evolution” (actually that’s the age of the Earth, but never mind) gave men the ability to charm and deceive women into sleeping with them. And this blog replies to a woman’s question about whether she can run game on men by stating that no, a woman’s version of game is to get a man to settle down with her. How awful: that women are forever barred from the thrills of game – or worse, that our game means fulfilling the old patriarchal white wedding standard. Both these articles have something in common: they both take the view that men are genetically predetermined to be pick up artists and women…aren’t.

The idea that men are biologically programmed to be PUAs and women are programmed the opposite way – to settle down with Mr Right and squirt out babies- is a patriarchal Victorian one. But then it was “proved” by science. The theory first appeared in Darwin’s Origin of Species and has been going strong ever since. Richard Dawkins’ The Selfish Gene popularised this scientific justification: “[F]emales can be expected to invest more in children than males, not only at the outset, but throughout development. So, in mammals for example, it is the female who incubates the foetus in her own body, the female who makes the milk to suckle it when it is born, the female who bears the brunt of the load of bringing it up”. The female is “in demand, in a seller’s market” because she brings the nutritious egg which needs more energy to create than sperms. And “Once she has copulated she has played her ace- her egg has been committed to the male.” (p146-151)

But surely it’s not all bad for us girls? Female mammals can mate an infinity number of times per day, and with multiple mates foraging or hunting for her, theoretically she could spend her days mating and rearing her young. By having multiple mates, the female can also compensate for any mates who are sterile, have inferior genes, are genetically related to her, have a low sperm count or do not often mate with her. The number of offspring females can produce are however still limited by only being able to conceive a couple of days per month, but they can mate many times more than males and not become pregnant. It seems as though the number of offspring produced will always be higher for male mammals but the amount of pleasure enjoyed will always be higher for females -especially us human females, because we have multiple orgasms. This means that a ‘promiscuous’ female has less chance of reproducing and the ability to enjoy more pleasure than a ‘promiscuous’ male.

In our modern society, it makes more sense for a woman to sleep around – even without using contraception – than it does for a man. This is because a ‘promiscuous’ man, if he doesn’t take precautions, could end up paying maintenance to many children that he has fathered without being permitted to contact those children. He may be able to avoid paying maintenance to a few but this would usually come at the cost of not knowing that these children exist.

However a ‘promiscuous’ woman could sleep with hundreds of different men per month and only give birth about once every nine months. After ten years of this lifestyle, she would have just ten or eleven children; for a higher education college or university graduate (who would earn a couple of thousand per month) feeding and clothing these children would not be much of a strain and realistically after ten years the mother would be earning much more than her starting salary. (And in real life most people do use contraception and few individuals would have hundreds of sexual partners per month, much less keep up this lifestyle for a decade.) More importantly, the mother has complete control of the situation – she can abort, keep the child or put it up for adoption. A mother always has 100% confidence in her own maternity but the same isn’t true for fathers.

Dawkins concludes that “man’s way of life is largely determined by culture rather than by genes”. So maybe female PUAs can exist if the culture doesn’t repress women. Dawkins claims that human females ‘advertise’ through clothes and makeup just like male animals do and concludes that perhaps in humans the battle of the sexes is reversed- it’s the women who are competing for choosy, coy men. Perhaps we are.

University of Michigan psychologist Terri Conley has a different theory – that women and men are driven to seek pleasure. In a recently published paper she proved that women want casual sex HYPERLINK “http://www.psmag.com/culture/casual-sex-men-women-not-so-different-after-all-28451/” just as much as men. Conley’s findings appear to better reflect the reality of how women behave sexually. Unlike Dawkins’ theory, it doesn’t raise as many questions of why LGBTQI people exist or where they fit along the PUA male or coy female axis.  If all that matters is pleasure then it’s not surprising if some of us prefer to seek pleasure from members of the same sex. The question of whether an individual will sleep with lots of women while he is a man but then become coy and choosy after transitioning to being a woman isn’t raised by Conley’s theory, but it is raised by Dawkins. As Dawkins’ theory hinges on the consequences of pregnancy, infertile or LGBT individuals – and anyone using contraception- wouldn’t need to be either coy or a PUA.

As for me, I can work very fast- faster than most PUAs- but I haven’t had nearly enough conquests to take on the mantle of the PUA. So I went in search of a woman who has. Veronica Twist is a burlesque entertainer, rockabilly pin-up model- and a female PUA. As a single mother she liked to have fun. “There is an art to flirting,” she says. “I think most men think that when they are able to start up a conversation with a woman, get her digits, that’s their doing. Well, those men are wrong! Their corny pick up lines have never and will never work. What is working is the female being witty, flirty, fun and working the entire situation with such a finesse that the man thinks he is ‘scoring’!” she reveals. Looks like male PUAs aren’t always PUAs so much as they’re actually having game run on them by women.
Veronica also uses reverse psychology to get guys. “I will say ‘oh I am way too old, you don’t really want to date me’,” she says. And yes, girls- it does work! She even netted her now-hubby with the line “I like your car, if you let me drive it, I will let you buy me dinner.”

So take it from a real female pick up artist- women can be very successful PUAs.

Slutocrat was born at university- the ultimate win in geekery. She’s an intersectional feminist, an anti kyriarchy(ist?) and a caffeine-addicted chocoholic freelance writer (cliché alert). But mostly she’s a political animal; a cute fuzzy member of genus slutocratae who blogs at www.slutocracy.wordpress.com.