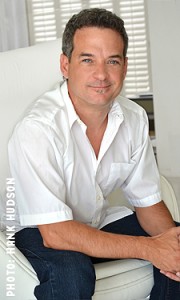 Dr. Rix has come a long way to be a sex expert. Growing up as a Southern Baptist, he was taught that spirituality was heavenly but sexuality was from the devil. He went to great lengths attempting to change his sexuality from gay to straight in an ex-gay ministry — to no avail. Now, as an ex-gay survivor, the experience has set him on a journey of discovery that ultimately resulted in Jallen becoming a leading expert on the damaging effects of, and recovery from, reparative “therapy” and the ex-gay movement. Dr. Rix enjoys nothing more than supporting people in the process of ending the war between sex and spirit and thereby integrating sexuality and spirituality into a whole person. “The world is a better place when we all have the opportunity for a healthy and happy sexuality.”

Jallen Rix received his Bachelor of Arts in Music, with a minor in Theology (1986) from Westmont College, Santa Barbara. Jallen then earned his Doctorate of Education in Sexology (2007) from the Institute for the Advanced Study of Human Sexuality in San Francisco, where he is currently an adjunct professor. His book, Ex-Gay No Way: Survival and Recovery from Religious Abuse, was nominated for best non-fiction book in 2010 by the Lambda Literary Foundation. As a sex positive educator, his writing has appeared in The Advocate, Out, Instinct, Pulp, The Bottomline, Blade California, Frontiers, and more. As an advocate for ex-gay survivors, he has appeared on ABC’s News Magazine 20/20, Oprah Radio, The Dr. Laura Bermen Show, and the Michelangelo Signorile Show.

From the moment we are born to this very day we receive thousands of messages about sexuality from countless sources — our family, our friends, teachers, ministers, politicians, the fashion industry, the media — and unfortunately, many of these messages are negative, misinformed, and confusing. The good news is that over the past century we have learned a lot about sex to the degree that we are getting a clearer and clearer picture of what healthy sexuality looks like. A considerable part of my job as a sexologist is wiping away all the misinformation so that we have clearer sexual vision. But this is not just about the eyes. It’s about all of the ways we experience pleasure and sexuality as wonderfully diverse, and ecstatically alive beings!