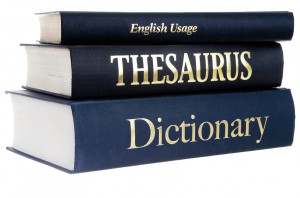 Here we have the makings of a debate that rivals one about which baseball team is the best–ask 20 people what a submissive is and you will get 21 answers! People will get in each other’s face, kick up dirt and, sometimes, come close to an all out brawl.

No problem. Let’s settle this debate. Who’s got a dictionary? We cannot turn to a dictionary to give us a precise definition for what a submissive is because in the dictionary the word is generally listed as an adjective!

Thus, no one is fully right and no one is fully wrong. Everyone is thinking of a valid scenario. And everyone is turning to limited vocabulary of everyday language to find words close enough in meaning to the scenario they envision. We then find different meanings attached to the same word because this word is being used for different scenarios that are slightly similar to this word but with some differences.

I think the word submissive is not a precise term or label, and instead a word that conveys the general ballpark. At a broad level the term submissive is differentiating a person from those who have absolutely no psychosexual interest in submission. I define submissive as follows:

Submissive: a person who finds psychosexual reward in assuming a lesser authority status via one or more of acts that to varying degrees are deferential, appeasing, obedient, and capitulating.

Given the general ballpark, we can draw upon communication and adjectives to better understand and describe this person.

Let’s go into extra innings and talk about what a submissive is not. Here is what I don’t associate with a submissive: (1) personality and (2) social status. If you absolutely equate either with submission then one day you might find yourself swinging at a curve ball.

So next time you hear the word submissive, think ball park. If you want to know more, ask questions to find out where in the ballpark the submissive is. Maybe he is an outfielder whereas you are thinking more of a catcher. So he may not be the type of submissive your team wants but he is still in the same ballpark and some other team might want to draft for that position.