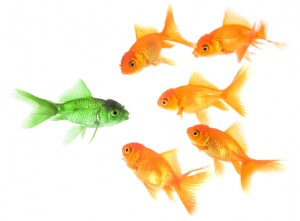 Last week my three-year-old started nursery school. My ex-husband chose a Catholic school nearby and I agreed that we should enroll her there. I squelched my trepidation and tried to focus on the benefits of a Catholic education. Although we had agreed to raise our daughter Catholic years before she was born, my relationship with the church had gone through massive changes in the interim. When I walked through the doors of the Catholic pre-school, my hackles were raised and I was ready for battle. I didn’t know what I was fighting exactly, but I was prepared for anything.

As I waited in the circular reception area to speak with the coordinator, I watched the teachers pass back and forth between classrooms, clearly preparing for an onslaught of students and the beginning of a new academic year. They all smiled at me and a few said hello. I stared at the mural of Jesus painted on the wall and said a quick prayer for kindness and understanding. Surely, I thought given everything that has passed between us over the last year, I would be granted some benevolence with my first foray back into Christian waters. With that thought I felt some of the tension drain from my shoulders.

The coordinator was just as friendly as the teachers and listened attentively as I stumbled through an explanation that my ex and I were divorced and that the idea of being co-parents was so much easier than the reality. I was adamant that she ensure the school correspondence went to both addresses, because my ex couldn’t be counted on for reliable communication. Heat rose to my cheeks with embarrassment. It’s a thin line between airing enough of your dirty laundry to give context and ending up on the Jerry Springer Show. The coordinator smiled through my awkwardness, patted my hand and then ushered me to my daughter’s classroom. I sensed no condemnation from her and no criticism of my failed marriage. For the first time in a very long time, I felt the stirrings of a need for a new spiritual home.

Church was one of the first things divided when my ex-husband and I split. As our relationship crumbled, I stopped attending church with him. He would take our daughter and I would head to the coffee shop to work on my novel. I couldn’t stand the thought of sitting next to him, looking like a unified family, especially when the first thing he did was consult a priest about an annulment. Ironically, I hadn’t done anything kinky at that point. My fantasies about bondage and sadomasochism were precisely that…fantasies. However, the priest told my ex that based on my “unnatural” desires, he would be granted an annulment. It was after that declaration from the priest that I stopped considering church altogether. It wasn’t the annulment that was the issue; it was the label of being something abhorrent that crushed me. I was struggling to accept myself and my desires. What if God couldn’t accept me either?

Worshiping God has always meant faith and support to me. When I needed it the most however, I didn’t feel like it was available. I was cut off from my religious community by a priest who didn’t know me and who didn’t understand BDSM. Luckily my daughter’s school is part of a different church, a different congregation. I want to share that part of her life and education going forward, so I’m biting the bullet and dipping my toes into faith once again. This time around I know who I am. Will God love me exactly as I am, kinky bits and all? He made me this way, so I certainly hope so. More importantly, will a new congregation accept me into their fold? Because this black sheep is finally looking for a home.