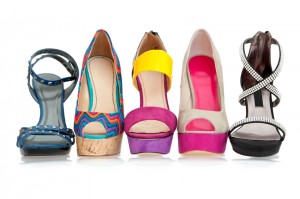 Any discussion of fashion usually revolves around women. Specifically, fashions only women are supposed to wear, be interested in or care about. Even if men are the ones leading the discussion, it is almost always centered on women’s wear. During Fashion Week we only see or hear about shows that depict women’s wear.

Fashion seems to be gendered. Sure, men can be into fashion, but they have to be in some way assisting a woman in her outfit choices or be working with women’s wear.  A great example of this is the gay best friend meme that we’ve seen on numerous media platforms (Sex and the City depicting one of the most iconic forms of this). It’s a very stereotypical view of gays (which is a whole other topic) but nonetheless he is always interested in fashion and beauty, in on the latest trends and can be somewhat vain. They are always acting as “sidekicks” to the women and never talking about men’s fashion or their own attire, and if they do, they are shamed and talked about as being narcissistic.

Also, men’s fashions are not seen as important as women’s. You hardly ever see men’s fashion being talked about in the media, fashion magazines or blogs. While men are a present force in fashion, they are not making men’s clothing. Of the four finalists on Project Runway this season, three were men. But there was not any men’s wear shown in the runway shows (the finalists show their collections during Mercedes-Benz Fashion Week). So men can create fashion and even dominate the industry, but they can’t get to the top my making menswear.

I think this says a lot about gender roles in our society. Women are supposed to be into appearance and there is an emphasis placed on achieving beauty. They are supposed to work out and have “fit” bodies, perfect make-up, flat-ironed hair and the perfect outfit. Only men can leave the house in sweats! With this, comes the domination of the fashion industry. We are told what to wear, how to wear it, what we need to buy and what we can’t live without! And next season, the process is done all over again.

As for men that want to (somewhat) enter into this process? They are immediately labeled as weird, too feminine and gay. Didn’t you know, only girl’s care about their looks! If you have a penis and you are trying to match your tie to your loafers, you are not normal.  That attitude is so oppressive and forces men and women to live in boxes it is all but impossible to escape from.

2 Responses to “Fashion is only for Women!”