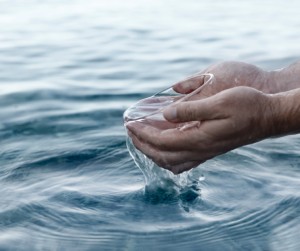 Much like many kinky people, I’m often prone to over-analyze things.  This has been a source of much suffering in my life.  Back when I was a kid, and having my first shameful fantasies about getting spanked, I used to obsess about it.  Was it bad that I wanted these things? I tortured myself for years trying to figure out where these desires came from, and if they were wrong, harmful in some way.

Even after I’d decided that they weren’t, I still suffered, because I felt like I was starving.  I had to get spanked, had to be forced into diapers, too.  I had this enormous inner script to follow.  But I was so hesitant to seek out any of this stuff, from fear of things going horribly wrong.  I also had this impossibly high standard for my fantasies.  I needed things to be just a very certain way.  It was hideous.

I got over it – with a vengeance, because I started to see something.  I was starving myself, through fear and fantasy.  It’s not a new problem.  More than a thousand years ago, Lao-tzu knew about it, too.

Stop thinking, and end your problems.

What difference between yes and no?

What difference between success and failure?

Must you value what others value,

avoid what others avoid?

Other people are excited,

as though they were at a parade.

I alone am expressionless,

Other people have what they need;

I alone possess nothing.

I alone drift about,

I am like an idiot, my mind is so empty.

Other people are bright;

I alone am dark.

Other people are sharper;

I alone am dull.

Other people have a purpose;

I blow as aimless as the wind.

I am different from ordinary people.

I drink from the Great Mother’s breasts.

There’s a huge difference between thought and experience.  You receive experience.  You create thoughts.  Experience is the intimate and immediate result of your actions in the world around you.  Thoughts happen inside you, and separate you from the world.  Even when your thoughts are about your experiences, this is so.

I can recall two early experiences from my kink life that speak to this.

Once I went to a spanking party, hosted by a local group.  I was new, and curious, and so awkward.  I remember getting dressed to go to the party, and obsessing about what underwear to wear.  I wanted to have on something really attractive, so I would be pleasing to the imaginary, mysterious woman I was planning to meet, when she spanked me.

It was so silly.

I got to the party, and didn’t know anyone.  I made small talk with people, and grabbed some finger food from the buffet, to give myself something to do.  Soon, familiar friends began to play.  I saw several people, men and women, go over the laps of others.  It was stimulating to watch, but I just didn’t feel comfortable asking anyone to spank me.  This went on for about two hours.  Finally, after not having spoken more than a dozen words to her, I hesitantly asked one particular woman if she would like to play.  She said no.

It was amazing.  I made friendships and connections that night I’ve had since.  That was over 15 years ago.

Now here’s the interesting thing.  Which experience do you think I had first? It was actually the second one.  I got so wrapped up in my thoughts and memories of the first spanking, that I let it get in the way of my really enjoying the party.  I let my expectations, desires, and fears get in my way.  I may have been physically at that party, but my mind was elsewhere.  I wanted the easy, familiar connections those friends at the party had, the long-term relationships and play friendships, and I wanted to have them immediately.  What I wanted, and the way I wanted to have it, wasn’t real.

But that sort of expectation and fear is a learned behavior.  You don’t have to do it at all.  In fact, there are compelling reasons not to do it.  When you don’t have positive or negative expectations, what you’re doing is being mindful, living completely in the moment.  You become peaceful, flexible, and powerful when you do so.  In the moment, you’re aware of the rich bounty that the Tao provides you.  You’re like a nursing baby – you can’t choose the food your mother has for you, but there’s lots of it to be had.  Open your mouth, and receive it.

The funny thing about mindfulness is that practicing it is incredibly satisfying to you, but can be an invitation to scorn, ridicule, and incredulity of others.

I see this in little aspects of my life all the time. I will often trust my GPS to get me someplace when I drive, and as long as I don’t have to be there at some set time, I’ll trust it.  I often find new ways to get places, or find new shops or restaurants when I do this.  This drives my very focused, very geographically savvy wife bonkers.

One of our leather family kids is often prone to fearful lamenting over how bad her coming day at work will be, or conversely, front loads an opportunity for play with immense excitement.  She literally makes herself almost sick over these things.  We’ll talk about it, and about staying in the moment, and sometimes she’ll roll her eyes at me.  But not always.

I have a friend in the scene that often gets annoyed with me, who says, “Doesn’t anything ever bother you? Don’t you care about anything?”

I really do care.  And it’s not that I don’t get nervous, or upset, or excited about things.  But I know the truth: you don’t know what milk “the great mother” has for you, but she’s always got something.

4 Responses to “Suck on It”