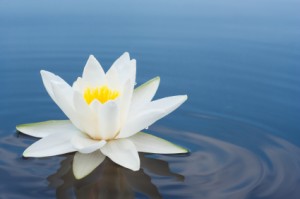 The meditation practice, and organization that I utilize, is openly GLBT friendly.

This is, and has been, a very important reason on why I usually feel comfortable doing my meditation practice at that particular shrine.  I have had my up-down moments, last year I went to a GLBT retreat weekend at a meditation center close by that I felt like the odd man out, but in general I feel welcomed and accepted.

I recently got active again at my center in a yearlong program.  I was offered an assistant position in the program and I automatically jumped on the offer.  I had been sending out good juju into the universe, wanting that type of position, and when the opportunity arose I very excitedly accepted it.  After the first meeting I was waiting for a friend to drive me back home – It was late and I had travel early that next morning – and I had openly announced that in the past few months I had been active in dating my lady-friend.

While walking out to the car with my friend we were discussing how dating fits into my schedule when I also made the announcement that I was poly so making room for dating, and relationships, is very important to me.  Mindfulness in relationships, especially polyamory relationships, are important.  I have been working on accepting why some relationships don’t make it and how some relationships do make it.  I have been in really nice relationships with partners who may have a lot in common with me with interests, religious and spiritual beliefs, and enjoying some of the same things but because of different needs emotionally things have slowly drifted, or quickly ripped, apart and have imploded on itself.

To be open, to be truthful, and mindful sometimes requires privacy and other forms of communication.  Recently one of my friends from a church I go to had sent me an email about a poly survey.  I had been out in a group that we belonged to for a while at that point but after she had sent the survey, and I thanked her for it, she came out as poly to me.  Not absent mindedly- but being fully present and understanding how worried she was with my perception of her, if I would be willing on sharing that space with her, and if not what she could do to avoid awkward situations in the future with me.

There is a mindfulness that comes into play when outing oneself as either kinky, poly, or part of the GLBT community.  I am not one for declaring “Thou shall out yourself!” or not.  To be honest I struggle with being out to everyone.  I was at a program a few years in college, held by a sexologist, when someone that I had been mentoring about the BDSM lifestyle made a very loud statement that the sexologist had a flogger like the one I have in my dorm room.  I sincerely lucked out and the two other people at the presentation were friends of mine, both knowing that I was a little more experimental with my tastes than them, but the comment still felt like it had come out of left field with no warning.  No mindfulness about anyone else around us and even though we were discussing the topic of sex we were not openly discussing the topic about individual sex lives.

It’s hard to reconcile with famous people, or high-profiled people, who get into the limelight because their sex life may be different than the mainstream.  Especially with certain political groups where we enjoy to gawk and go “so he/she can do this, this, and that but they feel that it’s appropriate to “______________”. We aren’t mindful in general when we gossip about other people’s lives.  In fact gossiping, which really can only be damaging even if no one else finds out that you are gossiping about them, can be damaging to Karma.  It may seem like an innocent act but although it may not hurt the other person it hurts self-respect and integrity.

I am not saying “staying in the closet” or beware of anyone in the kink community and sharing anything and everything.  When sharing, when feeling the need to share, when feeling the need to be proud simply be aware and be mindful.  Why are you doing it? Why are you stating something?  Is it for you, is it for another person, is it to educate, do you expect a shiny gold star?

To be out is to be mindful of the soul.