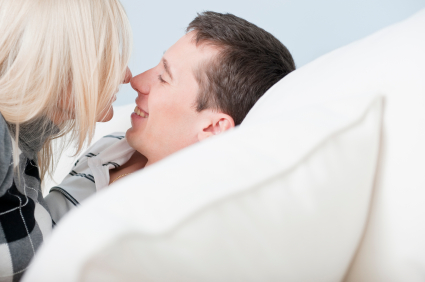 Believe it or not, there are a lot of junky methods out there that are commonly thought to help you last longer in bed but that actually create more problems than they (try to) solve.

The worst thing about it is that some guys see a slight improvement when using them for the first time and convince themselves they’ve found the technique of their life.

So they keep using these methods as an unconscious habit causing a worsening of their situation in the long term.

When a man complains about his performance and wants his lost stamina back, it’s a sign that he has been using these techniques in the past.

They’re really popular, let’s see if you recognize them.

You’ll read this on the internet, especially on forums.

Some men have noticed improvements in their endurance when they’re high or drunk and think it a good idea to advise others to do the same.

If you get high or drunk and see an “improvement” in your condition and feel happy, excited and like a superhero, most of the time it’s for one main reason: because you’re high and don’t know what you’re talking about.

But if you do objectively last longer when you’re drunk it’s because drinking makes you feel less self-conscious which in turn helps you be more relaxed and confident in bed… and guess what? It’s this relaxation and confidence that helps you last longer, not the drinking. How about trying to develop confidence and relaxation instead, wouldn’t that be a cheaper solution?

I’m not your grandma, so I’m not going to tell you to drink or not to drink, but understand that drinking or getting high is not going to improve your control in any field, let alone your ejaculatory control.

2nd place – Imagining something boring while having sex

Contrary to what most people say, the distraction technique is actually a pretty bad way to take control of your ejaculation. When you distract yourself with unpleasant (your hairy neighbor or a car accident) or neutral thoughts (theory of relativity or dinosaurs) you create associations in your mind between having sex and something unpleasant or neutral (something not arousing basically), which might easily lead you to develop erection problems in the future. Then you’ll have two problems to solve: P.E. (Premature Ejaculation) and E.D. (Erectile Dysfunction).

Do you really want all these titles? I don’t think so.

If the above isn’t enough of a reason for you to stop practicing the “distraction technique” listen to this: when you distract yourself you’re making yourself unaware of what’s going on in your body.

Now, can you control something you’re unaware of?

What do you think, champ? Can you? If you can’t see or hear or feel something can you control it?

The first step to take control of something is to become aware of that thing.

Think of your bladder.

When you were a kid you used to pee your pants. Right? Why did it happen?

Because you were unaware of the feeling of “having to pee” and couldn’t consciously “recognize the moment” when you were about to pee. You couldn’t feel that sensation (that was very subtle for you back then and that is pretty clear now) and you peed your pants. It took you a while to learn, but with time you learnt. You learnt to recognize that sensation and control yourself, or to go to the toilet.

You’ve learned control already. You did it once and you can do it again.

So, how about you start working on feeling your body and becoming aware of your arousal? Is that going to help you out? Oh yes, it surely will.

Kegel exercises as they’re usually taught, are counterproductive and accelerate the ejaculatory response. Forget about what you read on the internet or in your favorite magazine, Kegels are going to make your premature ejaculation worse. It’s actually incredible how much misinformation there is about this.

Kegel exercises (the rhythmic contraction of the muscle behind the scrotum) targets the Bulbospongiosus muscle, which is the same muscle that expulses sperm out of your body when the ejaculatory threshold is reached.

Men with premature ejaculation usually have a very tense pelvic floor which contacts involuntarily without them being aware of it. Their involuntary contractions accelerate the whole ejaculation process leading them to ejaculate prematurely.

If you have P.E. the last thing you need is to increase the contraction rate of your pelvic muscles.

And guess what happens when you do Kegels?

You basically train your already tight and out of control Bulbospongiosus muscle to contract even more!

Does this make any sense to you?

It doesn’t. It doesn’t make any sense whatsoever.

When I first discovered and spread this idea, I received many emails from men confirming their premature ejaculation got worse after they used Kegels.

Beware though, Kegels are not evil. They only work for premature ejaculation when trained as part of a complete pelvic training. There are other muscles down there that need to be trained to make Kegels useful and if you don’t know how, do yourself a favour and start with that.

Here’s the thing, these three techniques live and thrive on the general lack of knowledge there is on this topic.

All of them are designed to make you unaware of your body when what you need is the exact opposite.

Becoming aware of your arousal is the key to ejaculatory control.

You don’t need superpowers to do it. Can you feel the difference when your penis is flaccid and when it’s hard?

Great, it means you’re able to feel your arousal.

Ejaculation has its own mechanics, and arousal its own patterns. Practicing awareness you’ll discover the predictable patterns of your arousal and how incredibly easy it is to control them.

The first step for you to take control of your ejaculation is to sharpen your awareness.

Deon Black is the author and blogger at LetsTalkSex.net where he helps men to take control of their ejaculation in a powerfully natural way.