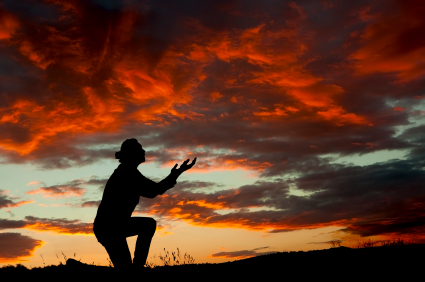 Mistress, GODDESS, PLEASE!!! I long to be yours and to serve you! My body is prone at your feet!

You are the most beautiful woman ever… Goddess you are superior to me…! i am not worthy to kiss Your lovely toes…

I’m a female dominant, which means opening up my inbox means being ready for a torrent of people to whom hyperbole is a means of self expression. I don’t think I’m Helen of Troy (poor girl) and I’m generally well grounded in the fact that I’m actually a pretty typical human- I might be a little weird, but I’m still, on a fundamental level, more a part of the human race than apart from it. I also, incidentally, happen to be as kinky as a cheap garden hose and comfortably atheist.

Say atheist and a certain segment of the population will imagine an angry little man hurling insults at Muslims and western women and blaming religious thinking for every evil that ever befell mankind from small pox to soil erosion. Or, you end up with a scramble- no, I’m not one of those atheists! I’m like, Carl Sagan! (A secular humanist in love with Science.) I’m neither kind, falling into it from upbringing and preferring a tidy universe.

Although many humans are religious/spiritual or some such, kinky people seem to contain a reasonable percent of non-religious, as well as an equal percent of the fringe faithful, who generally end up in things like modern Paganism or other groups that encourage a DIY approach to spiritual fulfillment. In kink, some people even like the idea of Tantric rituals. Other people appropriate religious stuff from Christian memes, from naughty nun play to getting themselves crucified. And, religiosity often goes in very kinky directions- ask any faith with saints or martyrs (ie most of them) and you’ll get a tour of the freaky (and fun) side of the human psyche.

Going back to the dudes in my inbox though- what you have there, is fundamentally speaking, religion just as much as sexuality. They are casting me (non-consensually in this case) into the role of a Goddess, as surely as any cult or temple ever did.

D/s is particularly ripe for religious feelings. There is the High, and the low. There is sweeping, uplifting adoration and abject debasement. People having fun with it often get a feeling of being part of something that’s greater than the sum of its individual parts. I am, to some people, the literal embodiment of a goddess.

It’s much more than a guy getting his dick hard. It seems like, for a certain percent of subs, hoisting their dominant up as high as possible sends them to the same blissed out place normally achieved by the faithful with regular rosaries, spinning dances and soaring architecture that makes good use of light. Which is where I think my atheism is the party pooper- I think those feelings are real and good and valuable- I just don’t believe that they are going anywhere beyond the ecstasy of the supplicant. But even, sometimes, among people who don’t use the term “Goddess”, I can see what they’re saying isn’t just flattery, it’s prayers.

I usually tell strangers to knock it off. Much how I think that the real life living goddess cults have a problematic legacy (the Hindi ones, for example, deny a little girl an education or support after she hit puberty), I’m not sure it is fair to have it projected onto me, no matter how real it is, without the control of the person who has it- otherwise to be an avatar that way is an obliteration of the self.

This is one of the reasons why dominance is so bloody personal, but I think also something everyone had to deal with. Being beatified or revered scrubs away aspects of your personality that didn’t have anything to do with your saint hood. Even your visual representations start getting a creative glow. It’s no wonder that living goddess cults generally fire the child around puberty- that’s when they generally start expressing opinions that might bother the worshipers. The legacy of successive Dali Lamas has to make allowances for the fact that historically, many of them were more interested in partying than Nirvana, while saints and prophets are usually conveniently dead. I think women are particularly vulnerable to subversion of self as a part of sexism- Madonna/whore complexes being a very good example, and even fem-sub feels like it has some sort of pedestal lurking in the wings in some dynamics.

But I think, even as an atheist who doesn’t believe in a literal magic or literal omnipotent non-human intelligence underlying the universe, that dominants of both genders have a particular tendency to be a vessel of the sensation of experiencing the divine for other people. While the religious flail themselves into trances in street parades and devotional penance, masochists stretch their bodies out, sometimes to be punished and sometimes just to go straight into the bliss of pain.  All those inbox pleas, some of them are wanking, of course, but sometimes you can feel the need to believe. They’re prayers.

And it can be a very strange and powerful feeling to know of all the roles you might mimic in your dominance: nobility, slaveholder, pet owner, parent, that you and you loved one(s) may, of all things be a conduit to the divine. Although it is no more correct that a stranger should make me their deity as their pet owner, if you love and know the person, the reward is being someone’s constancy. It’s rare that dominants actually deserve half the gratitude we’re given, but sometimes the loving thing to do is to take it and be grateful that the submissive can feel that way.

It’s also very affirming, as an atheist, that it’s possible for you to do that, and for what feels like the divine to exist, and to even be that to someone. The universe stays tidy, the sub is content and it’s got that sort of continuation of what it means to be human that feels so satisfying when an old chapel becomes a library rather than being knocked down.

Miss Pearl is a Canadian female dominant who loves male subs (and the odd female sub!). She writes erotica and informative content, including how tos, rants and raves, reviews and is the sometimes dis-organizer of the local 18-35 munch.

She’s an active blogger over at www.omisspearl.com, and when she’s not working on kink-in-text projects, she writes for pay in Vanilla land. She’s a big fan of treating sex like a playful, imaginative full contact sport and thinks informed consent is sexy and being healthy means having fun.