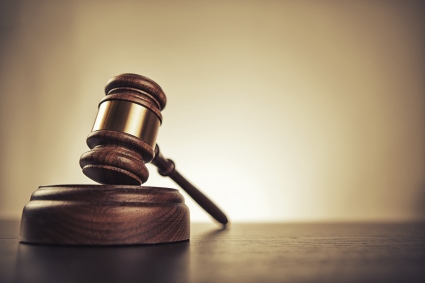 You may have heard that with the fifth edition of the Diagnostic and Statistical Manual (the DSM-5), the American Psychological Association had “depathologized kink;” that the paraphilias (Fetishism, Sexual Masochism, Sadism… all of the ISM’s close to our hearts)  are no longer necessarily diagnosable mental illnesses.  This is tremendous news for kinky folks – especially those who have the misfortune to be involved in the legal system.  Courts use the DSM to determine whether or not a party is mentally ill – which can have a huge impact on the outcome of cases, especially child custody cases.  The removal of kink from the realm of mental illness has already had a tremendous impact on “real life” situations: according to Susan Wright of the National Coalition of Sexual Freedom (NCSF): “We’ve already seen the impact – NCSF immediately saw a sharp rise in the success rate of child custody cases for kinky parents after the proposed DSM-5 criteria was released three years ago.”   To put it bluntly: the changes matter – they are important.  But they’re not absolutely obvious to someone casually browsing through the DSM (as some of us are wont to do).  Also, knowing the story of how the changes came about – and who the heroes of the story are – is inspiring by way of reminding us that dedicated, driven, kinky individuals can make a huge positive change.  So this article is divided into two broad sections: first, I hope to explain in clear terms the what the changes look like and what they mean.  Following that, I’ll tell you a bit about how these things came about.

Changes in the DSM through the years

The way the DSM works, each section begins with a definition of the ism, e.g. the paraphilia, followed by “diagnostic criteria,” that is to say the benchmark according to which the paraphilia is deemed a diagnosable disorder.  So for example, sexual masochism was defined in the DSM-III (1987) (two editions ago) thus: “ Over a period of at least six months, recurrent, intense  sexual urges and sexually arousing fantasies involving the act (real, not simulated) of being humiliated, beaten, bound, or otherwise made to suffer.’’  A perfectly reasonable definition, right?  But the benchmark for diagnosis was: “The person has acted on these urges, or is markedly distressed by them.’’ Wait.. what?  I understand “markedly distressed,” but… “has acted on these urges” ?!  In other words, any kind of masochistic behavior in a consensual sexual relationship was necessarily pathologized.  This had to change…

The next edition, the DSM-IV, left the many of the definitions the same, e.g. the definition of Sexual Masochism above.  But it significantly changed the diagnostic criteria – the benchmark by which a doctor determined whether someone had a diagnosable mental illness.  The new and improved criteria read: “The fantasies, sexual urges, or behaviors cause clinically signiﬁcant distress or impairment in social, occupational, or other important areas of functioning.’’  So to be a disorder, the sexual interest had to cause “clinically significant distress or impairment.”  This was a vast improvement over the DSM-III, in fact, it sounds downright reasonable on paper. The problem is, if you dig a bit deeper – and sadly, it is often the job of doctors and lawyers to dig a bit deeper – the definition of “clinically significant distress or impairment” included “lead to legal complications, interfere with social relationships.” In other words, if someone with the power of diagnosis found your fondness for cuffs, whips, rope, or anything pervertable to be socially… problematic (to interfere with social relationships), you were in danger of diagnosis.  And a diagnosis of mental illness in a courtroom, for example, could lead to all manner of discrimination – especially in the realm of, for example, child custody.  This, too, had to change..

Enter the great people at NCSF, who through the hard work (described in part 2 below) managed to get the diagnostic criteria changed.  On paper the diagnostic criteria read similarly – for example, the criteria for “sexual masochism” still has the “clinically significant distress” language, but gone is the over-broad list of what constitutes “clinically significant distress.” Furthermore, the DSM-V contains explicit exceptions for sexual interests as opposed to disorders, e.g. “if they declare no distress, exemplified by anxiety, obsessions, guilt, or shame about these paraphiliac impulses, and are not hampered by them in pursuing other personal goals, they could be ascertained as having masochistic sexual interest, but should not be diagnosed with sexual masochism disorder.”  (emphasis in original.  Now how cool is THAT!)

How the changes came about

It was not until 1973, with the publication of the DSM-III, that homosexuality was removed from the pantheon of “mental illness” (curing millions of gay men and lesbians overnight).   In 1987, inspired by some of the folks who brought about the de-pathologizing of homosexuality, Guy Baldwin and Race Bannon started the first “DSM Project,” a grassroots coalition of therapeutic professionals aimed at removing alternative sexualities from the realm of mental illness.   Through tireless advocacy they successfully inspired substantial changes to the classification of kink in the DSM-IV.  The two also collaborated on formalizing “Kink Aware Professionals,” a listing of kink-friendly therapists, lawyers, and other professional service providers, now maintained by  NCSF.

The more recent DSM Project was run by NCSF, and primarily by Susan Wright.  The revision of the entire DSM was accomplished through the creation of subject area workgroups, and narrower subworkgroups.   Susan heard that the DSM was going to be revised, and when the names of the Sexual and Gender Identities Workgroup and the Paraphilias Subworkgroup were released, she emailed many of the participants trying to get someone’s ear.  At first she didn’t hear back, but then had the good fortune to see Dr. Richard Krueger, a member of the subworkgroup,  at a panel.  She says: “I went up to him afterwards and gave him the 2-minute capsule of… how the DSM perpetuates the stigma that [kinky people] are ‘sick.’ He pulled out his copy of the DSM-IV-TR (he actually carried it with him!) and I pointed to the areas that were problematic – including the list that described what constitutes ‘clinically significant distress or impairment’ (e.g. are obligatory, result in sexual dysfunction, require the participation of non-consenting individuals, lead to legal complications, interfere in social relationships)(emphasis added).  In the few minutes we had, I pointed out that …’legal complications’ and ‘interference in social relationships’ regularly happen because [kinky people are] a persecuted minority – [but] that doesn’t mean we have a mental illness.”

That one contact made all the difference – it gave her an in with the workgroup.  She continues:  “I emailed Dr. Krueger a number of documents that he forwarded on to the rest of his workgroup, including our arguments for differentiating consensual adult sexuality from the paraphilia’s, removal of the non-scientific text, and changing the criteria for determining mental illness. I also sent all of the evidence of discrimination we had gathered with my two Violence & Discrimination surveys, and through NCSF’s Incident Reporting & Response program, as well as the testimony of people who had been discriminated in legal proceedings and by health care professionals.”  Throughout the process she continued clarify the difference between a paraphilia and a ‘paraphilic disorder’ for the members of the group – see, e.g., her letter to the editor of the Archives of Sexual Behavior – and push for the changes that were eventually adopted.

As Susan was going back and forth with the subworkgroup, NCSF circulated their DSM Revision Petition along with statements of people who had been discriminated against.  Many of the people who signed the petition were medical professionals who had seen first-hand how the DSM-IV was used to stigmatize kinky people.  The petition with over 3,000 signatures, and the stories of those who had been discriminated against, were all sent to the APA workgroup.

Although the final text was proposed several years ago, it only became official with the publication of the DSM-V in May of this year.  Still, the work is not over.   Susan again:  “A change of this magnitude needs to be explained and trumpeted, and that’s what we did. That’s why we’ve seen our successes in child custody double each year from 13 in 2010, to 23 in 2011, to 41 thus far in 2013. We still need to do more work to make sure that lawyers know about the change, so they can use it to defend their clients.”  This is why it’s so vital for you to know what these changes look like, what they mean, and how they affect people.  This is why it’s vital for you to talk about this wherever it might be relevant.

Of course, the other reason for this article is to tell you who my heroes are.  Race Bannon and Guy Baldwin began the original DSM Project themselves, inspired by their connection to the people who got homosexuality de-pathologized.  They started this work, but it was Susan Wright who took the ball and ran with it over the past three years.  She deserves huge praise for her proactive work in finding out about the upcoming revisions, emailing the various players, staying current with developments, and working with Dr. Krueger to make the changes happen.  Many kinky folk, for many years to come, will owe a huge debt of gratitude for her passion and dedication.