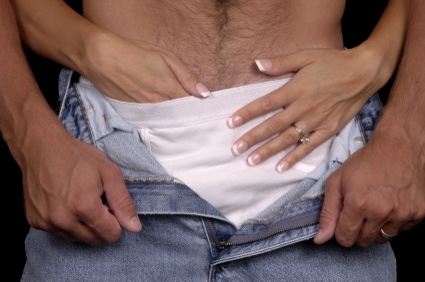 I look back in the past fifty or sixty years, when kink was really starting to be documented for the Mainstream Average Joe, and there is a stunning amount of growth in different fetishes and kinks.  Even the most vanilla person uses the word “fetish” now in a joking way.  A few years ago, when I was still in college and churning through endless papers senior year, one of my peers and I were talking about an assignment she had.  She was taking a senior seminar course at the college focused on warfare and different forms of peace.  Her particular class had been assigned to write a paper explaining, hypothetically, if they would have agreed with the draft during the Vietnam War, if they would have complied, and why.  In a completely joking way she wrote out a “tree chart” explaining her thoughts and ideas.  One idea she had written, which amused me to no end, was one of her reasons for complying with the “draft” would be a uniform fetish.

My friend was, and probably still is, very vanilla.  She is kink-friendly, mind you, and she knew that I was kinky and was okay with that.  However, imagining her in any uniform was very amusing picture in my head.

It brings up an interesting point, and something that I had never really considered till this past year, that clothing holds a lot of empowerment in what anyone does.  It’s applied to religions and spirituality, in the vague sense every community or religious structure has “guidelines” that someone can use to “perfect” or “better” their life, and includes the kink community also; one of the few similarities to every group, culture, or community is the one that separates also: dress.

A half a year ago my Dominant introduced this idea, which was both alien to me and common in D/s, about controlling what type of clothing I wore.  I will admit that I had a little moment of anxiety; clothing is one of the biggest identity markers for everyone.  Everyone has their own style.  I have friends who pride themselves on how modest they can look and, on the other end of the spectrum, friends who get excited anytime they enter a clothing-optional house.  I also have friends who would not even know what the definition of a “clothing-optional house” means.

I am a self-proclaimed tomboy!

Yet this isn’t uncommon practice for mediators who are in retreats with high-ranking teachers, more conservative Christians, Hasidic Jewish communities, most Mormons, etc.  In the less conservative spiritualities, more earth-based, and I will go out on the limb and include tantric in this, special outfits are also put aside for special occasions.

In the kink community we also have expectations on occasion for clothing.  When we go to a munch someone who shows up in dirty jeans and a t-shirt is more likely labeled “unappealing” than the person who shows up in nice pants and a collared shirt; At play parties although wearing all black is a “minimum” presentable look we buy clothing that can sometimes cost over 500+ dollars if you buy with a fair mind instead of going for the knock-offs.  There are opposite ends of each spectrum.  Attending a party while showing up in a long skirt and sleeved shirt is just as likely to give you looks, or having the term “frumpy” thrown at you just as likely if you show up to a munch wearing a latex outfit will quickly get you shunned, and probably kicked out, of the munch.

Someone might choose the modesty route for many reasons.  Some may choose modesty because of religious beliefs, which despite popular belief there are many religious kinksters, or some may choose modesty because of their Dominants belief; sometimes geographical.  Someone from Salt Lake City, Utah and probably would not wear the same thing that someone might wear in Las Vegas.  Someone from a small town, by this definition a population under 15,000-10,000, may not feel as comfortable with wearing something “scandalous” or going out of the house without underwear on as much as someone would who lives in a big city like New York or Boston.

Explaining the decision is always a struggle.  It is easy to explain why someone would want to dress in latex, PVC, leather, or rubber uniforms; it’s hot, others find it hot, and it adds to the “sex appeal” of an individual especially when they are around others with the same kink. Explaining to someone that it is for religious reasons the middle ground between kink and religion gets muddied. There is a fair amount of kinksters who do not have good experiences with religion who gets a “warning Will Robinson” red flashing light when someone comments that what they are wearing is religious.  In the same instances, if both parties keep an open-mind (and is comfortable with themselves), being able to joke about it can also be a benefit.  I have one acquaintance, when he sees me in my Mennonite clothing, asks me if my undergarments are Mennonite.  Being able to laugh at oneself is also an important part of life.

This theory does not come with its own downside.

When the idea first occurred to my Dominant and I that this path was an interesting path to go along we also didn’t take into account the less favorable side with the teasing. There are other kinks and fetishes, some that don’t even make sense to him or I, which people climb the bandwagon for.  If you look at one popular kink site there is even a fetish for pimple popping.  This is one of the ways mindfulness is useful.  Not only with my odd fetish but for any odd fetish that seem out-of-place.   We, as a kink community who are known for allowing everyone dancing to their own drummer, cannot misplace what identifying as kinky means and still accept small additions, some niche kinks, and remember that everyone’s mileage may vary with different fetishes.  Does that mean that everyone who makes a joke, or decides to point out the differences in dress not accepting?  Personally I don’t think so; however adopting discernment on boundaries needs reinforcement and our community needs to remember everyone is human and everyone has feelings.

We search for acceptance, while referring to Cyndi Lauper, search for our own true colors.  If someone was to suggest, even two years ago, that I would be typing this dressed as a Mennonite I would have been overtly amused at that image.

Acceptance of everyone’s true colors, either with a latex mini-skirt, or a long flowing skirt to the ankles, is really how part of our community identity continues to define us.