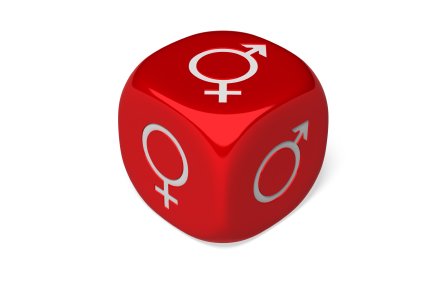 Gender is one of the most powerful social forces in our lives- it shapes not only our view of the world, but also the view of ourselves. Whether we are assigned to be a man or woman at birth affects the lens through which we perceive, learn, negotiate and understand society.

We have to debunk the myths about gender, in order to understand how gender is socially constructed and in many ways distorts our view of the world. There’s no question that your assigned (or chosen) gender is going to have a massive impact on your point of view.

Here’s a list of 5 common myths about gender, held by society:

We are told from a very young age that women and men are opposites of each other and different in every way- men and women communicate, learn, speak, be-friend, think and even eat differently and that these differences are inherent. The fact is, generalization doesn’t work and is factually incorrect, as there is more difference among each sex then there is between the two sexes [1](and the same goes for race and many other identities).

There’s all kinds of false science that suggests men and women have inherently different brain structures[2] (not true) and that women are somehow hardwired to be good homemakers and men to be the breadwinners. There’s not any historical basis for this and largely comes from speculation from pre-history that we don’t have any information about.

Once you’re assigned a gender at birth, society says that’s it and that’s who you are. Gender though, is an identity that is determined by a variety of factors that are fluid and changing. How you see yourself, as a man, woman or something else entirely, does not have to match the label that you were given. Those that fall outside of the gender binary are known by a variety of terms, including gender queer, transgender, agender and polygender. These include a multitude of identities and are no less valid than the identities of man and woman.

Have you ever heard the story of prehistory, when men were hunters and women were gatherers? Men killed and fought while women stayed home and raised the children? Well, that entire idea is based on myth, in fact, historically we don’t really know much about prehistoric times, we can only make assumptions[3]. Even the historical artifacts of humans can only be speculated to be belonging to either sex category.  Thus, the gender roles that are justified from this myth have no basis in sociobiology.

Studies have shown that while women underestimate their abilities in math and science, they in fact have the same abilities and skill in it as men do[4]. Girl’s confidence in math tends to peak in elementary school and plunges as they enter middle school[5]. Reasons for this? The general culture tells girl’s that math is for boys and that they don’t have the same cognitive ability for it, nor should they desire to be a math wiz. There’s also not a lot of encouragement from teachers and math programs in college and this can leave girl’s that want to go into math careers alienated.

This argument is often used to justify not watching or taking an interest in women’s sporting teams and events. Since men are stronger and tougher, according to this logic (and our culture’s obsession with hyper-masculinity) men’s athletic events are more interesting and entertaining because they compete at a higher level then women.

While professional and Olympic level male athletes that are the very best do outperform women, the fact is that 99.9% of men are not as skilled athletically as women who are performing at the top. Therefore, women CAN be better athletes and have greater athletic ability then men.

You also have to consider the fact that most of the professional sports that we pay attention to are designed for male athletes. Football, basketball and baseball, the three most popular sports in America, all require things like arm strength and a  strong core, which are typically areas men have more ability in then women. But, sports like gymnastics which requires balance and leg strength, things women have more ability at, are sidelined and for the most part ignored. The way in which we construct athletics is so that men will excel.

Gender is a social construction and if anything, that’s the most important thing that you can take away from this article. All of the things you’ve been told about men and women’s opposing viewpoints is false and what we are told about our worth and value as a man or a woman is based on societal ideals. Start re-thinking the way you view gendered roles and see what other myths you can demystify in your life. Start looking at gender in a critical light.