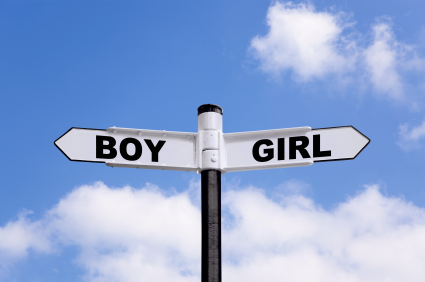 Recently I was told that I am “not allowed” to “be a boy” if I’m going to cosplay feminine characters (or archetypes), nor am I allowed to be gender queer if I ever present as anything other than masculine or androgynous. Additionally, I was told that I am “abrasive” if I ask someone (kindly and in good humor, I might add) not to call me “sister” or gently correct them on the pronunciation of my name (e.g. Julian, not “Julia”).

Fortunately, the first occurrence happened in a somewhat loud social setting and they found themselves distracted rather quickly. In the second case, the person in question decided to approach me while I was working to try to explain how they “don’t really pay attention to such things” and how I was being “abrasive” by asking them not to call me sister or, for that matter, lady or girl as those terms are incorrect. I tried to explain that this information is readily available, via Facebook for example, and they tried to tell me how they did not have time to read things.

In the first instance, I was especially hurt. I thought that person knew me, but as I have learned recently with several long acquaintances, that is not the case. In the second instance, I was- at minimum- annoyed. Overall, I am not pleased that anyone in my acquaintance feels I “have to fit” into one box, and I’m “not allowed” to venture out of it.

Telling someone they “cannot” is almost always wrong. Trying to shove someone into a box is wrong. Forcing heteronormative behavior on any living being is wrong. Forcing a gender binary paradigm on anyone is wrong. Asking questions is welcome.  Please do ask for clarification. Telling anyone who they are or that they don’t have the right to explain when you are incorrect is more than abrasive, it is ignorant and insulting.

As a thirty-three-year-old person who has spent a significant amount of time learning, questioning and considering very strongly who I am, I would say I have done the work. Yes, I was assigned the sex female at birth. I enjoy being female and my body is androgynous enough (particularly when I’m at my preferred weight) that I don’t feel the need to change anything significant in relation to my presentation. I consider myself blessed that I do not suffer from body dysmorphic disorder, and I am usually fairly comfortable in my own skin.

I started identifying as a gentleman at age seven. I was in a beauty pageant and was almost a Boy Scout. My best friends in school were almost always other guys, and they generally considered me one of them. My first real boyfriend was also my first girlfriend, and I was his first boyfriend. I’ve identified as a Leather boy (and a Sir) since 1999. I came out as queer that same year. I enjoy doing drag and my specific interest at the moment is in the Gothic Lolita genre. I’ve been a Goth Kid since high school, and my look is inspired by the dandies of the Victorian era, classic vampires, Anime characters, and hot people in black lipstick.

If someone comes to me and asks if their shoes make them look like a mod or a rocker, I’ll happily give them my opinion based on my knowledge of the fashion of that era. Whether or not the shoes where technically designed for a male for female body is rarely in question. “How do you want to present today?” is a phrase that is thrown around with my companions during the outfit planning stage for events. A question I wish people asked more is “What pronouns do you prefer?” because wearing a pair of saucy heels does not make you a lady any more than wearing a top hat makes you Fred Astaire.

I have done the work to know who I am, and I am not confused by this. There’s no reason for you to be confused either. I am a Julian, you are a you. If I want to know more about you, I will ask. You are welcome to do the same. If you address me incorrectly, I will let you know. If you insist on trying to fit me into your heteronormative gender binary box of ignorance, I will decline the invitation.

Even in an era of text messages, Tweets and emoticons, we still have time for civility. So take a moment to consider what you’re saying: Are you asking someone something you are curious about, or telling them something that you want to be true?

Julian Wolf discovered the world of kink at the turn of the century and quickly found a continuing passion for play and education. In addition to teaching frequently around the country, Julian still serves as advocate, producer and organizer for their local and regional community and is the author of Carnal Conundrums, a Sex Positive Alternative Advice Column running at SaucySW.com. Julian is part of the Kink Academy Faculty, as well as being a sought after performer and MC. For more details on the numerous projects and adventures this egalitarian sadomasochistic dandy, you are welcome to pursue JulianWolf.net.