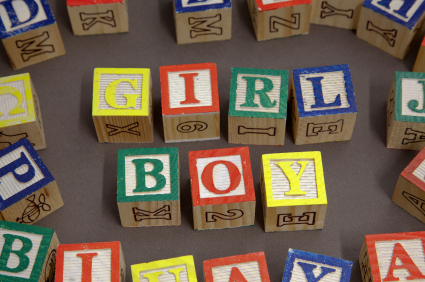 Have you ever considered how our societies messages about gender perpetuate gender roles and stereotypes in our children? Because there is definitely a huge intersection between how we perform gender and relate to and the culture and our exposure to gender as children.

Look around at any toy store: you’ll probably see some isles with gender neutral toys and probably twice as many isles that either decked out in action figures, video games and G.I. Joes or isles that are saturated in pink, princess attire and Barbie dolls. Unfortunately, toys are becoming increasingly more gendered and even previously gender-neutral toys are being made into separate boy and girl packages- usually the girl’s involves pink and some type of beauty or fashion theme.

Take LEGO, for example. When LEGO was first released in 1932 and it’s product was not gender-exclusive.  Take a look at this set, one of the originals:

You can see that it’s not a toy specifically designed for boys or girls- it’s not at all gendered.  Boys and girls were also featured in the advertisements, playing together with LEGO’s.

It wasn’t until the 1970’s that LEGO started to market their sets according to gender. This picture shows a LEGO set from the 70’s with two girls and they are using one of their Homemaker Sets.

Do you think a boy would play with this set? Yeah, probably not.

This pattern has continued all the way to the present day.  Luckily, activists view this gendering as problematic and are taking action against it. About two years ago SPARK, an organization for girl activists fighting against sexualization, took on LEGO and challenged them to change their gender representations, specifically with their LEGO Friends set, which included a beauty shop and LEGO figures. Things have improved a little, but the outlook is still grim.

Does this impact how we are taught to see ourselves? Absolutely. When we’re children, were learning about the world and how it works. When were told all of these things about our gender, and ourselves it’s only natural that we then take on those roles and points of view.

Even thinking about gender and clothing: everything in most stores is either blue or pink and it’s very hard to find any in-between. The second you find out the biological sex of your child, you are probably inundated with onesies, diapers, hats and shoes that are either blue, sports-related or designed to look macho or pink, shopping-related or designed to look girly.

There is plenty of evidence that children are treated differently according to their assigned gender from the time they are born.

For example, research has shown that mothers are more likely to ignore their crying baby boys than their baby girls and respond more quickly to cries from their baby girls.  Possible reasons for this? Were taught that boys are tougher and stronger than girls and need to be able to tolerate pain, so mothers have probably subconsciously internalized this and thus respond differently to their babies cries according to their assigned gender (even though they probably have no idea they are doing this).

Also, parents tend to take different gendered approaches to what they allow their children to do. For example, parents are more likely to allow their boys to try new things and also more likely to use caution with their girls and worry about their safety.

This can even lead to real consequences in the form of a self-fulfilling prophecy, for instance, one study asked mother’s to estimate their 11-month-olds ability to crawl. Although baby girls and boys showed to no significant difference in crawling ability, but mothers grossly underestimated the abilities of baby girls, while their estimation of the ability of the their baby boys was close to their actual ability.

This probably comes from the stereotype that boys are stronger and more physically capable than girls. But, do you see how this underestimation could cause parents to underestimate their girl’s real abilities in physical performance later on in life? How it could lead to them not being as encouraging of their daughter’s to pursue sports? Coupled with parents being more cautious with girls, how it could lead to limited opportunities in this arena, when they could have just as much talent?

Gender biases have real consequences for us as children. The gender roles that we are taught to ascribe to and the ways, in which our parents raise us, are rooted in our assigned genders. The toys were given, the ways our parents relate to us and clothes we wear all will help us shape our own self-concept, as well as shape the concept of boy/girl that we use throughout childhood and life. There are solutions though. One of these is gender-neutral parenting, in which you let children be exposed to a myriad of gender possibilities. The important thing is that certain roles and ideas aren’t assigned to them because of their gender and they get to decide their gender for themselves (which they will do anyway, but usually the roles are already ingrained in them. If you want to learn more, check out this book on Gender-Neutral Parenting and share these ideas with friends and family-perhaps even consider raising your own children (or future children) this way!

Gender is a fluid. And it’s a choice. It’s also something we are taught to use a social tool to help us organize and understand the world. But, gender biases and sexism are also real things that come from this gendering. Remember this and consider the ideas you hold about gender and never stop questioning them!