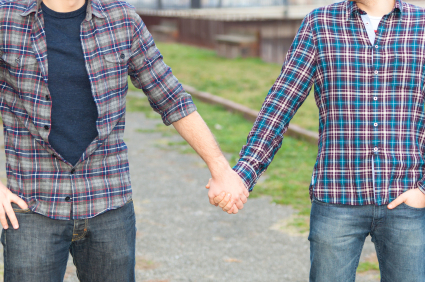 At Burning Man this year, I went to a workshop called “What Is Tantric Sexual Healing And Is It For You?”  It was a Q&A discussion, with a panel consisting of two male healers, and a husband and wife who practiced as a pair.

His wife butted in.  “It was a little more complicated than that,” she said.  She retold the story with a bit more focus on emotions and less on the physics.

It was one of those classic Burning Man moments.

For the next topic, the leader of the group asked to demonstrate a concept by having each person find a partner and put a hand on their arm.

As luck would have it, I was sitting in a section of the crowd surrounded by … well, men.  The man sitting next to me, reluctantly, awkwardly, took hold of my arm.

It was a simple exercise, to see whether we noticed any changes in perception when the partner focused on a different series of thoughts.

But afterwards, the man turned to me and said, “I have to be honest with you, I’m … totally heterosexual, so I’m kind of uncomfortable with this.”

My first instinct was to agree — it had been a bit awkward, hadn’t it?  I too would rather have been paired up with one of the women in the crowd.

But then I thought: wait a minute — what does putting a hand on someone’s arm have anything to do with sexual orientation?

How was this exercise even remotely a sexual act?  Did he mean to say that he was “heterotouchable”?

The discomfort that I felt with the situation was that he was a stranger — not that he was a man.  That fact had nothing to do with it.

Had it been a friend, or someone I knew better, it would have been no big deal at all.

What is it, I wondered, that teaches us to fear intimacy and physical contact with other men?  Why does that fear itself seem to be a prerequisite to being a heterosexual male?

As far as I’m concerned, if you’re afraid to put your hand on another man’s arm, then you’re a fucking pussy.

If you can’t hug your friend, or tend to an injury, or rub a knot out of his shoulders, then you’re a coward.

And if you’re afraid of being naked in the sauna or locker room with another guy, then you’re an insecure loser.

Because you know what?  If you’re as straight as you say you are, then you’re not going to be turned on by it.

And even if you were, you would know that it’s not a big deal, that it doesn’t make you gay, that you don’t have to act on it.

You know what the squirrel monkey does when a stranger shows up?  He gets a hard-on.  Really.  Not because he’s into you, but as a gesture of dominance.

The point is, being afraid of male intimacy doesn’t make you brave.  Putting your hand on another guy’s arm, or giving him a hug, isn’t a slippery slope to sucking his dick.

We have this idea that intimacy always leads to sex (or, worse, a relationship).  That if you get too close to someone, there’s nowhere else to go but the bedroom.

But maybe that’s not the case.  Maybe you’d just like to be able to talk openly with your friends about sex, to have someone you can confide in and express your interests and insecurities, without actually being attracted to each other.

Maybe you want a friend who can help you exercise, or meditate, or do yoga, away from the distractions of the opposite sex.

Or maybe you need a tantric healer — or a couple, like the one I mentioned above — to help you work through your fears about intimacy.

Being comfortable around other men in these contexts doesn’t make you weak, or less heterosexual.

If you give yourself the freedom — the trust in your own sexual identity — to let intimacy lead where it may, then you’ll find that it won’t go where you don’t want it to go.

You’ll arrive at your boundaries naturally, and not out of fear.

So no, I’m not going to be the kind of man who defines my sexuality by what I won’t do, or by what I’m afraid of.

I’m going to be open to the appropriate level of intimacy for each friendship, knowing that in most cases I’ll never get even close to my boundaries.

The fact that I wouldn’t want to have sex with most men is because of a lack of attraction to the individual in question — not an inherent fear of maleness.

It doesn’t threaten or lessen my attraction to women to push at my boundaries.  It just makes me wiser, more confident, and more clear on what I’m looking for.

“Saul Of-Hearts is a writer, musician, and videographer based in Los Angeles and Portland, OR.  He writes about work, travel, and community living at www.saulofhearts.com, and his work has appeared at Slate, Brazen Careerist, Puttylike, and more.  His latest project is an e-book on the Share Economy called ‘The Lateral Freelancer’.”