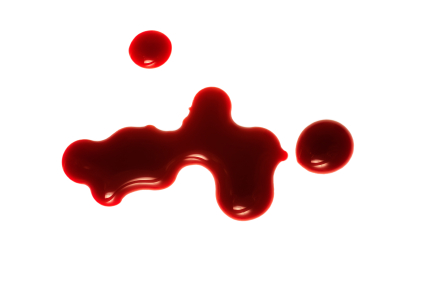 Between Lil’ Wayne’s rap about being “a venereal disease, like a menstrual bleed,” Jonah Hill’s about-to-vomit freak out (in the scene from Superbad) when a girl gets menstrual blood on his pant leg while dancing with him, and the fact that boys and girls are still separated for “the talks” in health class around fourth grade, I find myself constantly having to convince myself that the people in charge of all the major industries and institutions in this country are not evil and intentionally trying to silence the female sex, and anyone else who might be bleeding along with them. With influences like this targeted at teenagers, it’s no wonder that menstruation is stigmatized. As a matter of fact, it’s no wonder why there is such a disparity between men and women in American culture at large.

It’s a real bummer that thinking back on biology or health classes throughout my youth, all I can remember learning about menstruation was in medical terms. Nobody ever taught me about how to feel good about having my period—how to alleviate cramps, how to prevent myself from bleeding onto desks, how to cope with embarrassing moments, why those moments should not feel embarrassing to begin with, or that menstruation is not a dirty, disgusting thing—despite the idea that pads and tampons are also known as “feminine hygiene” products. I wish that someone helped me reverse the self-loathing and disgust that I felt for the first ten years of menstruating when I was still young and impressionable! Why didn’t anybody throw me a party to celebrate the fact that I was healthy and newly capable (also, newly responsible) for the power that ran through my body? Menstruation acts as a sign that the female reproductive system is functioning and that the individual is healthy! It is a natural, biological process that we are taught to discipline in a very hush-hush sort of way. However, women are still thought of as creatures designed only to reproduce in many parts of the world, including parts of the United States. Similar messages are sent to Americans—predominantly adolescent and preteen demographics. It is just done invisibly, and the messages are internalized. According to The Guide to Getting it On (Paul Joannides), 25 percent of the female population is menstruating at this very moment (age 15-45 and not pregnant, page 586). That is one in four women. And yet, as I have grown into my adult body, I have been forced to go from formulating my own assumptions about periods, which were born from silence surrounding the subject, to forming ones based on its derogatory connotations. Young women never get any positive re-enforcement about what menstruation really is and what it means, at least from the media, which is the main source of information for most young people. The philosophy here is awfully inconsistent, since it preaches that a woman’s reproductive system can be so beautiful only if it is bringing new life into the world, but otherwise is considered disgusting when going through the biologically necessary process that allows pregnancy to even occur (because the male-run companies profit from the pregnant women on the covers of magazines, and from the menstrual products, a.k.a., Tampax and Kotex?).

Just last week, I was describing a Diva Cup to my cousin, who is a 19-year-old female, like myself. She had never heard of it, so I gave her my pre-planned disclaimer and told her that I have a problem with the way menstruation is presented to young people; how America makes it appear that women have options when they do not. The “option” presented to us in commercial culture is not, “spend twenty dollars monthly on tampons and pads that cause your vagina to absorb harmful chemicals and bleaches, or spend forty dollars once on a bendable silicone device that is good for your body, the environment, and your wallet.” The message sent to little girls is “Tampax, Kotex, Playtex, Stayfree, Carefree, Poison, Hard Uncomfortable Cotton, Store-Brand Name, Infections, Higher Risk of T.S.S., and, P. S., Don’t Let Anyone Know You’re Bleeding and Buy the Tampon that Looks like a Piece of Candy!”

Don’t get me wrong, there are organic brands of what I call “feminine empowerment products” that do not contain harmful ingredients, but I would say they are about as publicized and industrialized as the Diva Cup—hardly at all. I believe it is because these products do not portray bleeding as something to be made cute or pretty. They force a woman to conceptualize what is happening to her body—there is no detachment from the bleeding (oh, how revolutionary!). What I mean is, such tampons usually don’t have applicators and the Diva Cup, in particular, needs to be emptied out in a sink or a toilet. This makes it more difficult to ignore the blood, which is what our androcentric society wants us to do. We are told not to be proud of menstruation or think that it’s a normal process that women, young or old, should fully comprehend. Even just getting a little bit of blood on our fingers is shamed. And yet, it’s alright for young men to burp or talk about taking a dump in public. Those are natural, healthy bodily processes, too. So, why is bleeding so scrutinized that we can’t even talk about it? Because menstruation has been seriously stigmatized, and I’m out to recognize it, and normalize it.

Deirdre is a gender studies major at Rhode Island College. She considers herself a sex-positive feminist, writer, and activist. Deirdre is an advocate for talking openly about sexuality, and revolutionizing the way sex education is taught to young people today. She also believes in normalizing many of the hush-hush components of sexuality with her open and assertive nature, as this perspective allows people to be open minded and free to be themselves. One of these causes she is working to normalize is menstruation, something she thinks is either disregarded and not discussed at all or is talked about in a degrading way, and she wants it to be normalized and eroticized rather than stigmatized. Deirdre speaks out on many issues, and hopes to one day teach young people all over the nation, traveling to college campuses and writing books about her passions. She is currently an intern at The Center for Sexual Pleasure and Health in Pawtucket, RI.