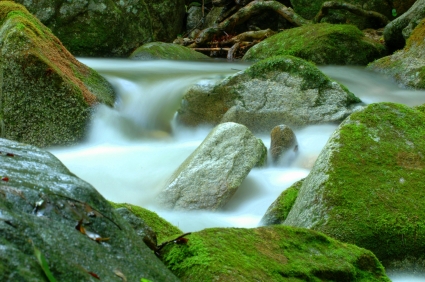 Years ago, I had a profound spiritual experience at a pagan festival, which resulted in my casting aside my atheist and objectivist beliefs, and becoming more spiritual. Pagans find their own particular path. The one that called to me the loudest was Taoism.

I practice “philosophical Taoism” or Tao-chia. I find it’s like Othello – simple to learn, but a lifetime to master. Tao-chia is more spiritual philosophy than religion, and blends very well with many religions, and with kink and sexuality in general. It’s very sex-positive. If I had to sum up Taoism in one word, it’d be “Relax.”

The central work of Taoist wisdom is the Tao te Ching, the “Book of the Way and its power”, written by Lao-tzu around 600 BC. It’s a tiny book, of 81 small poems about various aspects of life. I’ve read these poems over and over, and spent years in contemplation of their meaning in my life.

We’ll explore each of them together one at a time, and see how they might apply to living a more fulfilled sexual life.

Let’s start at the beginning.

The unnamable is the eternally real.
Naming is the origin
of all particular things.

Free from desire, you realize the mystery.
Caught in desire, you see only the manifestations.

Yet mystery and manifestations
arise from the same source.

This source is called darkness.
Darkness within darkness.
The gateway to all understanding.

Tao is Chinese for “way”. There are all sorts of tao’s. A “tao” is the way you do something, or the way that it happens. The way you pull down your submissive’s pants to spank them is a tao, as is the way their bottom gets red when you smack it.

But that’s not the tao I’m talking about. I mean the big one, the Tao. It contains all those other little tao’s. Wikipedia defines it as “the ever-lasting essential and fundamental force that runs through all matter in the Universe, living or not.”

That’s about as clear as mud soup, isn’t it? What the heck does it have to do with being kinky, or sexual? Everything, actually.

The Tao is the movement of everything. It’s the way sunrise follows sunset, and the way seasons turn. Everything that ever was, is, or will be, is the Tao, including you.

One key idea about the Tao is that it’s not good, nor bad. The Tao just is. As part of it, you can’t study it, can’t learn it, and can’t judge it. You just perceive it.

We kinky people sure do love our labels. He’s a submissive. She’s a dominant. That person is a top. This one is a bottom. The truth is though, that names, which Taoism calls “ming”, get in the way. Ming imply judgment, often a source of difficulty for kinky people.

Let’s imagine that you like to tie someone up and watch them struggle against it. What if you also have a desire to suck someone’s toes? Maybe that makes you a foot fetishist, or a bottom. Can you be a rope top and a foot fetishist at the same time?

Well, if you are those things, then clearly you can be. The Tao is known, not judged. So is kink. Go ahead and tie someone up, and then suck away to your heart’s content!
People in the scene often make value judgments about it, like “A real submissive would do (fill in the blank)” or “A top would never do that.” These are opinions, not facts. The very words we use are subject to debate.

What’s the difference between a submissive, bottom and slave? People hold up the standard of Safe, Sane, and Consensual as a holy grail for these things we do. But who’s to say what’s safe, what’s sane, and what’s consensual? Those are relative definitions at best.

That’s not to say that you shouldn’t form your own opinions. You can, should, and will. It’s just human to do so.

When I first got into kink, I was convinced I was completely submissive. I’m an age player, an adult baby. I thought that was all I was, and wouldn’t or couldn’t enjoy being someone else’s top, or Daddy, or Big.

But it just wasn’t true. Over the years I’ve developed a love for caring for other age players. I love giving a good spanking, or checking someone’s diaper and cradling them in my arms. I love topping and bottoming in many other ways, too.

5 Responses to “The Beginning”