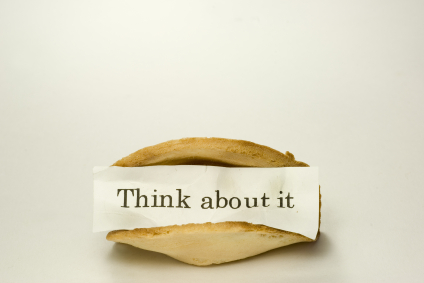 Discernment exists in many forms.

For anyone who has ever considered becoming a lay person at your church or congregation, thinking about joining the cloistered life, in love with the Benedicts and the silent halls of their monasteries, or want to become ordained there is a level of concern that comes up.

We often use different aspects of religion as kink.  This can come into a form of a discipline, humiliation, a general kink or fetish surrounding religion, viewing our Dom/Domme as a god or goddess, and creating idols.  It’s no wonder there is fascination; when we look at monks and how devoted they are to their practice we are in awe.  When I look at my present supervisor, who has been a Jesuit Priest for decades, I am in awe at how he lives his life even if he is not associated with Parish Ministry.  He lives what he believes and he takes an active role in his own beliefs.  I rarely question if his vows are just words to him or if he really takes heart in his vocation.

I am sure that at some point everyone who is reading this has decided to do a random thing that their group of friends, in the poly or kink community, has stopped and scratched their heads about.  You wonder why someone would do something, if it fits into someone’s lifestyle, and if there is anything you can do to help them or get them to change their mind.  On the other end of the spectrum, such as some of my now former partners, you will be wished (or wish) luck to your friend and go “well, you’re out of the community now, here are your walking papers.”

I’ve taken a break from writing for five months because my life has been a whirlpool.

It’s been an insane trip… and after being laid off from my cushy corporate telecommuting job ( Goodbye evil corp!) I saw the way plowed through to let me move on towards my calling.

Divinity, Ministry, and Religion is an interesting mix in what many “refer to” as the “local scene”.  How we got to a community scene where we mostly define the “local scene” as running around naked and taking photos of each other is beyond me.  At the same time I realize I must not be the only person who has had this happen to them.  This thing, this awakening, this moment where you realize that what you maybe doing will impact you later on.  My local minister, who has escorted me straight under her wing and respects me for what I bring to the table,  really doubts that the committee who will be interviewing me to find out if I am “ordainment” material will really care what I do in between the sheets.

This is not the concern.

A few years ago, in a relationship that is now in non-existent (Thank the lord *wink*) I got one small piece of advice that came back up to the surface for me in September.  I had a partner who was somewhat long distance and very much into humiliation play.  It was to the point that I became uncomfortable, I felt ethically and morally that it was wrong, and I dragged my feet at it.  I was doing it to please him even though I had mentioned to him more than once that my career choice, at the time, was sensitive to the practice of posting naked compromising photos on the web for all to see.  He really didn’t understand at the beginning, amusing to me since he is a consultant and his main goal is to advise companies on how to have a healthy persona, but near the end of our short and quaint relationship he let me know that he had made the mistake by putting me in the compromising position.  The damage had been done and I was now stuck with holding the rope, along with having two hundred dollars’ worth of camera equipment which I was told was a “gift”, and yet again mostly alone in my kink.

Despite this horrible, and uncouth, relationship where in retrospect I should have just ran far away from the man and go “have fun, don’t call me, and I won’t call you” I did learn something valuable.  Protection of identity is important.  It’s something that I have carried in my back pocket from him, one of the few things that I have carried in an attempt to gain some insight on the relationship which is my goal in any relationship I get into, and it’s helped me out well.

When I chatted with a local friend about “protection of identity” in our local community she struggled to sell me on the idea that my identity was completely protected.  At first she tried to sell me on the idea that “ethically” no one would tell anyone else that so and so is kinky.  That’s great… but when I become ordained, when I reach the point of going into a hospital setting or other ministry in a paid position, what are those pictures in my underwear drawer going to say; what is the drunken cell phone picture on my buddy’s phone of me a few years going to state.  I don’t regret the drunken photo, for the most part I don’t remember the drunken photo opportunity, I vaguely remember doing it.  It’s something between friends but if you think about technology, if you think about what the ministry, we must think what does discernment mean in the lifestyle and how do we overcome our struggles to fit in while being bravely modest.