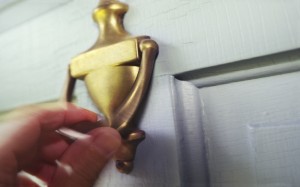 In an earlier column I discussed the idea of kinky community as a collection of smaller groups rather than one great behemoth.  I looked at the idea that perhaps we have gotten so large, so encompassing in our demographics and sub-groups that one definition of ‘us’ is ill-fitting and due for a makeover.  The bigger we get, the harder it is for a one-size fits all approach.  People generally want to be around similar others.  Americans especially want a sense of sovereignty and self-determination.  Sovereignty is evident in states’ rights concept in the US; it balances powers between the dominant culture and the smaller, regional cultures.  Of course kink isn’t a country, and we’re not writing rules for government.  Still, how do we support and protect our little cultural boundaries?

Safe space matters.  Different groups have different needs in order to feel they are in a safe space.  At one point in time, I promoted a big-tent philosophy.  Everyone should be welcome, everyone should be able to come to the same space and share in the same events.  It sounds welcoming, warm and fuzzy on the surface, but as time went by, I evolved.  I came to recognize that the differences didn’t just need to be welcomed; they needed to be respected in their own spaces. For example, I believe it should be recognized within the big kink world that I, as a bisexual cis-gendered female top, am not a threat to a gay male space just by existing.  I, as that person, should also recognize the rights of said gay male folks to gather in spaces that don’t include me.  I am okay with being excluded, because I don’t belong there.  Culturally, we need to actively reach for this kind of acceptance of others rights to safe space.

Accepting this concept is where I most often see breakdowns between groups.  A majority group feels comfortable, safe, at home in their space.  They are surrounded by good times and good people, and may genuinely want to welcome others in.  When a person in the minority says ‘no thank you, it’s not my scene’ to a big tent invitation, the host’s reaction is sometimes confusion or anger.  From inside a bubble of safe, majority space, it is hard to understand that ‘no’.   The hosts have so generously offered to welcome the minority in… and why would anyone decline? Are they ungrateful for the generosity offered?  Is there something ‘wrong’ with the hosting group?

Socially powerful groups or individuals make the assumption that everyone should join in with us, under the great big tent, and be happy doing it.

The decline into accusations and attacks on the smaller group can come hard and fast.  The damage can be significant, with hurt feelings and burned bridges on both sides.  When that happens, what are the odds that the minority will attend that event or anything like it in the future?  Why should they, when their polite no was met with hostility?

We have to let go of the idea that everyone should join up.  We have to welcome the idea that some doors are just closed to us, no matter who ‘us’ is.  Then, we must take it a step further.

It isn’t enough to just be okay with hearing no, and it isn’t enough to tell others to go play in their own sandbox.  In spite of our growing numbers and presence across the world, kinky folks are often still a minority.  The legal and financial hurdles to finding play space can be substantial.   If we are going to all do our own little sub-group thang, we’re all going to be at a disadvantage.  A nation, or kinky subculture divided, might have a hard time standing.

We need an approach that accommodates our differences and still welcomes the new folks.  Consider a bunch of college graduates.  Everyone has debt, everyone has a job, everyone needs a place to live, but nobody can afford it on their own.  Like so many, they decide to go the roommate route.  Rooming with people isn’t easy. It takes a lot of communication and much washing of dishes that you’d love to leave ‘til morning.  There has to be a basic level of compatibility, but also a high level of tolerance.  There are many other ifs: if you get a big enough place; if you can pay your bills; if you all have your own room and if you all respect each others space, then you’ve got a decent crack at making it.

They say fences make good neighbors.  So do closed doors.  In the shared apartment, everyone recognizes the living room is common space.  When you’re done, you pick up your dirty socks and go to your personal space.  You close the door.  Others knock before entering.  Nobody comes in without an invitation.  This works because it gives each person space to be totally, completely themselves without witness or judgment.  It gives them permission to lounge in their underwear and not pick up their socks as long as that door is closed.  And it also allows them to have high speed internet, a big screen TV in the living room, and rent they can afford.

This is where the kinky sub groups have an opportunity.  We all want places to gather with like-minded people.  Sometimes we want the big-tent experience of a huge convention.  Many times though, we just want to party with people like us.   To do that, we need to cooperate, and not just in a one day situation.  We need ongoing relationships between groups to get stuff done for everyone.

In business, this is called a cooperative. A cooperative allows credit unions to compete with banks and small farmers to get their products to the big corporate market.  Co-Ops harness the power of the small and many to buy, sell, negotiate, and manage big things.  Kink groups can certainly take the same approach to accomplish big goals for lots of little organizations.

What a Co-Op can do varies by the groups involved. If kinky social groups adopt the Co-Op style of relationships they can coordinate in areas of common interest.  Maybe they rent a building and share that space with other groups.  Everyone could have access to the big party and workshop space with the full kitchen and plenty of parking.  A cooperative attitude applies to social issues too.  Respect the space of others, pool resources for needs that can be shared, and most importantly, when the doors are closed, they must be respected.  It doesn’t work if straight male Doms crash the submissives’ forums.

With a deliberately shared space and ground rules, everyone gets their own shot at time with like-minded people and comfortable rules.  Whether the group is a five person chapter of a tiny demographic or a gathering of the biggest member group, everyone has a safe space.

Feeling safe “at home” is a recognized factor in mental health.  It reduces stress, lifts moods, and gives individuals a sense of belonging that buffers them against conflicts.  If you’re working to build or maintain a community group, keep in mind that everyone needs their own space.  Respect and support theirs, and ask them to respect yours.  Closed doors make great neighbors.

One Response to “In Praise of Closed Doors”