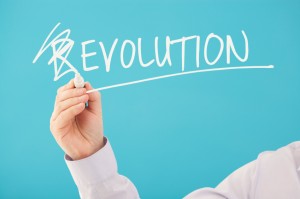 When last I visited my Seattle boyfriend, we were holding hands in public on our way to a movie in the downtown area. After many years of therapy and self-work to rid myself of abusive religion in my childhood, I was proud of myself for being so comfortable — almost unconscious about expressing basic affection as a same-sex couple. Wonderfully, we were not the only ones. There were several other same-sex couples, not to mention straight couples, who were comfortable with their touch, and I say, “Let the affection blossom!”
Truthfully, I think I felt (and maybe others felt the same) that it was safer. Our society is moving along (sometimes kicking and screaming) toward positive diversity and civil tolerance, especially in light of the last election.
It’s an exciting prospect to be drawing close to one of those cultural tipping points, if we haven’t reached it already. Enough LGBTQ folks have risked to tell the truth. People have rallied around them for the sake of justice, and it makes a better, safer, more loving society. Of course, there is still a lot more work to be done, but it doesn’t have to be drudgery. It can be as simple, beautiful and important as a hug or taking someone’s hand.
What makes this sexologist beam with pride is that it makes our overall sexuality more healthy too. Take for example the public scenario I started with. As LGBTQ people feel more comfortable to be affectionate in public, others who see us realize that we are not “flaunting” our sexuality, or trying to shove some agenda down everyone’s throats. We are simply doing what loving, touch-positive people do — expressing ourselves, regardless of our orientation. Sure, there are those who will see this only as a negative and a sign of the apocalypse. But others see it and receive it as a gift of permission to reach out to their loved ones in the same affectionate manner.
This “normalizes” the importance of affectionate touch for every human being. Most other countries have accepted this all along — brothers holding hands, guys dancing together, kissing people on the lips regardless of their gender. It is the good ol’ USA with it’s puritanical, fear-based, touch-negative history that has made isolation the norm. “…And it ain’t a workin’ for us anymore, sister!”
Once again, it is society’s outcasts — the sexual minorities that get to lead the way toward a better life. As the LGBTQ community (and its allies) has stood it’s ground, stood for justice and positive sexuality, it have raised the bar of healthy sexuality for anyone who wants to live with more joy, and less fear. Equality is a win/win opportunity! What a wonderful time to live. We get to see the fruits of our labor from this past election and they are going to make the future sweet!

Dr. Rix has come a long way to be a sex expert. Growing up as a Southern Baptist, he was taught that spirituality was heavenly... Read Full Bio