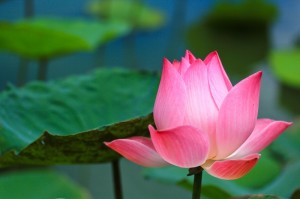 I will be honest that Buddhism is not my one and only spiritual practice.  I use Buddhism as part of the spiritual outlook but I don’t use it 24/7 as the one and only way to view the world.  I had mentioned to her that I have been frequently praying lately to find guidance in my D/s relationship and other life’s little surprises.  While we talked about prayer she pointed out that she meditated, as a form of prayer, when she needed clarity in her life.

Meditation can be used in various ways.  Buddhism is not the only religion that utilizes meditation either.  However, in Buddhism, depending on the form that you practice there are mantras and prayers that can be chanted.

In Christian churches there are also chants, and repetition, that is used for prayer.

There is a lot of similarities to these practices.  Certain beliefs in these two separate ways of expressing religion and spirituality may be completely different and beyond basic practices the rituals are different but the question is: when it gets down to it what is stronger, if any, and how can it be strong?

I have had partners who have questioned different religions or spiritualties because certain rituals make no sense.

Everyone deserves to have someone to pray to – or not everyone to their own.  Prayer can come in many forms including vocal, silently, by prayer beads – There is quite a few different type of prayer beads – chanting, going off on walks as a coming of age, going to sweat lodges, and or a communal prayer.  While watching Jesus Camp, a documentary about a fundamentalist right wing evangelical camp that indoctrinates children to serve “jesus”, one of the children talk about how there can be dead churches and live churches.  Dead churches, according to her, have no god and alive churches, who are loud, do have god with them.

If applied to any spirituality the Buddhists can be some of the quietest people I know during meditation.  There are silent retreats where individuals can sit for 9-12 hours on end during a day and not communicate with anyone or make a noise.  In some practices they allow discussion after a bit into the retreat during the evening but after being silent for days no one really realizes they can chat.  There are even meditation retreats where it’s a single person living in a cabin, alone, for a month or more where they do not talk to anyone else.  However the Buddhists can be the most discipline people I know, It’s not unusual for practitioners to meditation daily for at least 5 minutes today and can meditate from anywhere between 1 hour to 3 hours a day in a sitting.

There are some meditation retreats that are run as businesses where interns and staff live on campus and will go meditate more than 3 hours a day.  It is required that they have serious practices before they even go on staff to be employed.

To walk on the campus or in a shrine a room at a meditation retreat like that is sacred – you can feel the energy.

At the same time if you walk into a traditional catholic church, or for those who do worldly travel the Vatican, there is a “calm” for Catholics who walk into any building who realizes that Jesus and god is with them.

However it’s not because they are praying louder, or demanding to be heard louder than their counterparts, or jumping up and down and being overzealous.  It’s because having a spiritual practice, some form of regular spiritual practice, and actually believing what you are saying or doing makes all the difference when you engage, fully, in spirituality or religion.

In other situations meditation can come into play, no pun intended, in the most unusual places.  When reading Laura Antoniou’s series The Marketplace in the book The Academy the Master Trainer Chris practices meditation during the book to do some deep thinking on his potential slavery proposition and where he is in his life.  This really, genuinely, is what prayer and meditation is for.  Not to beg a higher power for something bigger or greater but to check in and see where you are.

Is prayer better than meditation? Is either stronger? Or is both, in their own respects, positive and needed.