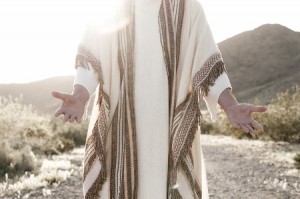 Lent means two different things to me. On one hand, the onset of Lent means Bible study and prayer. It reminds me of the forty days before I converted to Catholicism, a time of deep introspection and learning. I was part of a small class at a church in my hometown, and the priest who led us had recently arrived from the Philippines. I began the class with a long list of Catholic generalities and prejudices, and the priest managed to negate almost all of them. His teachings weren’t stodgy or pedantic. He breathed new life into the scriptures and gave a different viewpoint on some traditional concepts like hell. I felt challenged to see religion in a new light, and when it came time to commit to converting, I said yes with a willing heart.

Remembering that service still brings tears to my eyes. The sanctuary was completely dark and the congregation silent. Slowly a procession began winding its way through the church, each person holding a lighted candle. The flickering light spread until everyone was holding a lit candle and singing a hymn of praise. The candles were symbolic of God’s word spreading among us, and how we were in darkness before the sacrifice of Jesus’ life and his resurrection. I’m always a little bit surprised that the sight of the growing candlelight still has an impact. The transformation from darkness to light, the path from ignorance to enlightenment resounds within me even now.

My second association with Lent isn’t as spiritually profound. When I was married, my husband and I came from two very different attitudes about Catholicism. He held a very traditional, dyed-in-the-wool, view of Lent. In his opinion, Lent was about giving something up like eating out. We didn’t eat meat on Fridays, and we fasted. The theory was that we’d take the money we saved on restaurants and donate it, but we never seemed to get to that part. I know that this is a common sacrifice that Catholics make for Lent, but I was part of an emotionally and physically starved marriage. I felt like giving up one more thing at my husband’s behest when I was already parched for any kindness was just… it became one more thing in this huge ball of unhappiness that I carried inside me. For nine years I dreaded Lent. It was a time of further restrictions dictated by my self-righteous husband, and no matter how hard I tried, I couldn’t think past my resentment of him to connect with any joy surrounding Jesus’ resurrection.

As Lent approached this year, I discovered that those old feelings of resentment still lingered. Even though I’m divorced and living alone, the old pattern remained. I found myself gnashing my teeth over what I was going to give up this year, and even though I planned on writing about Lent for this column, I stalled because of the anger that erupted when I thought about putting words to paper. Luckily I vented my frustration to my insightful boyfriend, Zen, and he told me about his grandmother’s Lenten practices. She honored the season with mindfulness and connection, like writing a letter every day to a friend or loved one, and this shed new light on the season. This year, as a divorced, kinky woman creating a new life, I went through a Lenten overhaul so that I could reclaim that connection between me and the divine.

Since I identify as a BDSM slave, I decided to utilize my instincts of service and submission to aid my sacrifice for Lent. I offered my services as housekeeper and cook to my loved ones. Every week I scrub floors and sinks, do laundry and cook meals for friends and family. As I’ve written here before, the act of kneeling, of humbling oneself, places me in a mindful headspace. The monotonous back and forth of a scrub brush or paper towel against glass inspires a meditative state. I look at the dry skin on the back of my hands and know that it’s because I was serving someone else. It’s not merely the act of service, it’s the sacrifice of time as well. These small moments are acts of love that I do for others and remind me of the great sacrifice that Jesus made for those of us dwelling in darkness. However, the biggest challenge so far hasn’t been in the serving of others, it has been convincing others to accept my service. But that’s a topic for a different post. My peace be with you during this time of prayer and sacrifice.