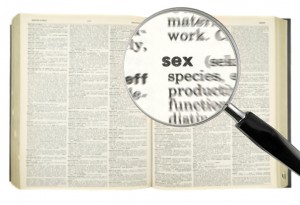 Sex and gender are often used synonymously. However, they mean far from the same thing. Sex refers to your biological makeup as being a male or female that is determined by your external genitalia, gonads and chromosomes. Gender refers to the social meaning and identity that is formed and is complimentary (most often) to your sex.

Often times, we think of your biological sex as being an indicator of your attributes, qualities, interests and personality. We think of men as being usually aggressive, dominant, leaders while women are thought of as more subdued, creative, quiet mothers and homemakers. But is biology destiny? Does your sex really indicate what kind of person you are or are going to become?

The answers are conflicted and science has not come to a real conclusion on this.  But the answer is clear that yes, socialization has a lot to do with how we construct and perform gender.

Gender is what we do and how we present ourselves to the world. We can see it in the sports we play, hair we shave, the way we walk, talk and dress. It’s a performance that we put on for the world to show everyone what our biological sex is and the deeper meaning of what that is to us as an individual. It’s a way of expressing yourself and with this comes the societal expectations about how you should do this. Society tells us how men and women are supposed to do gender and falling outside of these norms can have serious social and cultural consequences. Our gender norms dictate how we can and can’t behave and those that question and behave outside of the boundaries are often forced back into them.

Socialization plays a huge role in how we learn what these norms are and how we learn to construct gender. We learn what it means to be a boy and what is means to be a girl from our parents, peers, the media, schooling and more. It’s these influences that create and construct the concept of gender in our lives and it has real effects.  Children as young as 18 months show preferences for gender specific toys and by age two know what their gender is as well as others; they can differentiate between boys and girls.

The media is one of the largest culprits of exploiting gender and reinforcing stereotypes about gender. Ever see children’s toy commercials? They are so divided into pink and blue, creating and decorating, thinking outside the box and being forced into it. For example, LEGO was a gender neutral toy for decades, but in recent years has released sets that are made exclusively for girls that feature pink bricks, pet salons and princesses.

Things like this encourage us to gender everything. Even worse, it sends messages to our children that gender is rigid while in reality it is fluid and complex. Doing gender shouldn’t force anyone into these boxes and it’s time we get rid of the box, since in reality, it wasn’t even there to begin with.