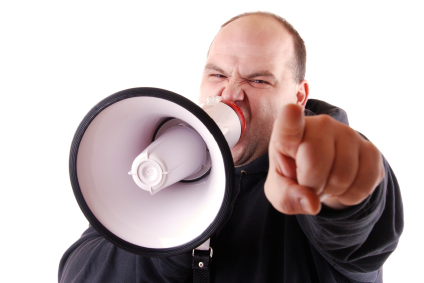 The most sure-fire way to get what you want out of any interaction is breathtakingly simple: make the other party want to give it to you.

Anyone can use negative tactics & force get what they want in the short term, the savvy kinkster creates positive experiences to forge connections that keep on giving over time. To that end, I’ve listed my top three pet peeves in the community – the best thing about these negative behaviors is that they are great examples of what not to do.

Peeve: Vanishing after making a play date – or any other sort of promise.

Solution: Don’t create unrealistic expectations. Do what you say you will do, when you say you will do it. The intersection of fantasy and reality is an emotionally tumultuous place ripe for damage to either party’s feelings as well as your reputation if not handled with care. If you have already given your word and then thought better of it, be honest, contact the person as far in advance as possible and let them know you cannot do what is expected. If they too are an honorable person, they may be disappointed but they will accept your gracious apology. If they flip their lid despite your well-mannered approach, their reaction is their own – though I suspect you likely saved yourself a much larger future headache.

Peeve: The presumption that because a person identifies as a Top or Dominant that every submissive or bottom is required to bend to their will.

Solution: Approach each person you meet with a genuine interest in who they are and how they like to be treated or don’t approach them at all. If a submissive or bottom chooses to show deference to a Top or Dominant, that is their prerogative, it should not be imposed upon them. Conversely, if a Top or Dominant chooses not to accept the deference of an individual as an invitation to interact further in this way, they too should not be made to feel obligated. Anyone who attempts to persuade you into any behavior after you have clearly said no is waving a red flag – heed the warning and move on.

Peeve: Boorish behavior such as Dom/mes who constantly attempt to Top everyone around them via bullying and/or disruptive behavior. In a tie for best example are subs/bottoms who behave in an obnoxious manner to attempt to illicit a vitriolic response.

Solution: Ignore them. If they cannot be ignored, politely remove yourself from their company. If you cannot escape their presence, let the person know that their behavior is unacceptable either directly or via your host if you feel uncomfortable. In the event that this person IS your host, take your patronage elsewhere. Make no mistake, someone who non-consensually enacts their will upon another is not a Dominant or a Smart Ass Masochist, they are an Attention Whore. Paying any heed to their demands will only fuel further bad behavior. The only way to deal with such a person is to take your attention away. No fair sticking around but complaining about their behavior, in doing so you are implicitly complying with their demand for high drama.

I would like to be able to tell you that the kink scene is a non-judgmental utopia. It’s not. Your peers judge you on how you treat others. People will cross paths with those with whom you have interacted and they will compare notes. Your most precious possession is your reputation, nurture it well. Your most valuable tool is your respect, apply it liberally, especially to yourself.

I’m fond of saying – “I’m the Domme you can take home to your mom.” I’ve spent my personal & professional lives focused on learning what makes people tick as well as how to influence their behavior. Successfully navigating the vanilla and BDSM worlds via these insights, I’ve been an active part of the public kink scene since 2006. I have found the friendships and relationships I’ve made in the BDSM world to be among the most warm and wonderful in my life. Female Dominated relationships and Sadism have been a life long part of my sexual expression. I am the proud owner of a sexy Switch Boy, who also happens to be my life partner. I am grateful every day that I have found a home, a family and fallen in love. Along the way, I have learned a great many things as a person, a kinkster, a community member, a Leather Family member, a mentor, event host & officer of the world’s oldest kink organization. I’d like to share these insights with you to help you make your experience in the scene the best it can be. If you have a question about how to navigate a sticky social situation, please ask.
Read Full
Profile ...