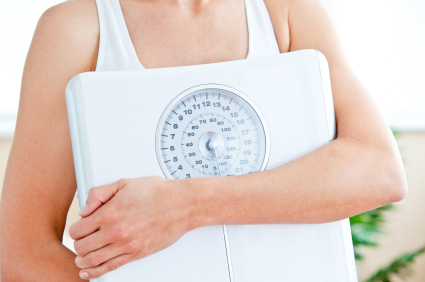 There are always a lot of conversations, books, articles and talks given on body image. We are told of the staggering statistics around eating disorders and told of how the media glorification of unrealistic bodies shatters self-esteem. Of the heart-wrenching stories of 8 year-olds dieting because they think they are too fat. However, we don’t often hear of these conversations in the framework of gender and sexuality.

One’s gender identity certainly has an effect of their body image and how they view themselves. Certainly, your body, sex and gender identity all tie in to one another very intimately and have complex connections and relationships to one another. There is also a complex relationship between the media and how we view our bodies; the messages differ for men and women and trans folk are nearly invisible.

According to a study published in the Journal of Applied Social Psychology that studied the impact of gender difference in relation to beliefs about body image, “women had more negative body-image evaluations, greater investments in their appearance, and more frequent, cross-situational body-image dysphoria (Muth, Cash 1438-52)[1].” Not surprising, since from birth females are socialized to accept that their appearance is the most valuable thing about them and that without being pretty, thin, white and conventionally attractive, they would never be happy or find worth.

A meta-analysis of 222 studies of body image and gender differences conducted by Feingold and Mazzella found that there were “dramatic increases in the numbers of women among individuals who have poor body image[2].” Although women are disproportionally affected by negative body image, there is a bias in science as this analysis showed that a vast majority of the research conducted on these issues only featured women participants.

Although, even though women are suffering more from the pressure to look good, that doesn’t mean men do not feel the pressure too. Although only about 10% of patients seeking treatment for eating disorders are male[3] (a figure that has been on the rise in recent years). 24% of adult men are trying to lose weight and 41% of men are dissatisfied with their weight. A study conducted by Nemeroff, Stein, Diehl, and Smolak suggested that men might be receiving more messages from media outlets encouraging dieting, developing muscle tone and plastic surgery[4].

Eating disorders also highlight differences in gender by research showcasing differences in sexuality between men and women who are affected by them. Research has shown that men with eating disorders are more likely to not have a sexual relationship or have been sexually active than women with eating disorders4. The reason for this has not been quite clear, although another study found that a very high amount of men with anorexia nervosa had low production levels of testosterone, the neurotransmitter responsible for sexual desire[5]. That’s not the only feature of gender difference though, since there are disproportionate numbers of men who identify as gay who have eating disorders[6] and similarly, those who are gay are thought to have a heightened risk of developing an eating disorder[7]. This could be attributed to the fact that in gay culture there is a higher priority set for being thin than in other social spaces. This means that men in these circles are internalizing these messages and thus taking out this message on their bodies.

All of this research shows the differences in gendered body image, but what’s at the heart of this issue is the strict division our society has between men and women. The gender binary means that there are differing messages for men and women as to what their bodies should look like based on our misconstrued ideas about what it means to be a “real” man or woman. If we took all of that away and spread the message of body positivity and body acceptance for men and women of all shapes and sizes, then we wouldn’t even have body image issues as a culture to begin with! We would be too busy loving ourselves and appreciating the beauty that in the human form of those of all shapes and sizes. We have to realize that until we accept that these messages around body image that men and women are receiving are not okay and not productive and the only way that we will stop seeing a culture of self-hate is through learning how to love ourselves and our bodies for what they are; beautiful.