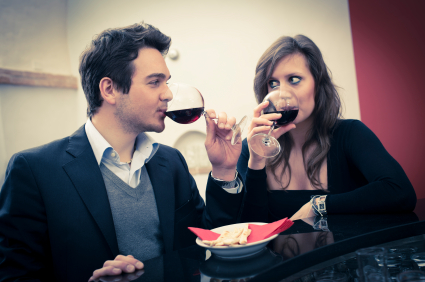 I have a lot of casual sex (we’re talking a few thousand encounters with a few hundred partners over the last 20 years) and I absolutely love it. The vast majority of my hookups have been pleasurable, some were absolutely mind-blowing, some were crappy, and a couple bordered on abusive. With the exception of the borderline abusive ones, all my hookups have left me feeling good about myself and what I had done.

Yet, that is not the case with many people, particularly women. Why? Because people too often engage in casual sex for the wrong reasons.

What are right and wrong reasons? Right reasons include doing things because they are intrinsically interesting and satisfying, or they are in line with your true desires, interests, attitudes, and values. Wrong reasons include doing things that you don’t want to do, that go against who you truly are, or in order to obtain some external benefits or avoid material, social, or emotional punishments.

So what are the wrong and right reasons to have casual sex? Here is what I think, based on both my personal experience and social science studies of motivation and health. Many of these will be more often relevant to women than men, but they can apply to both sexes.

8 Wrong Reasons to Have Casual Sex:

2. You were hoping it would lead to a long-term relationship.

Casual sex can sometimes lead to a long-term relationship, but more often than not it does not. If you go into it hoping that it will and then it doesn’t, it’s a recipe for a disaster. If you want something more, but your partner doesn’t, don’t do it.

3. All your friends/cool kids are doing it.

Peer pressure is never a good reason to do anything. What other people want is not necessarily what you want. So just be true to yourself. If you don’t like to hook up, don’t.

4. You were feeling down, lonely, or low on self-esteem and thought casual sex would help you feel better about yourself.

I think of casual sex like psychedelic drugs (mushrooms, LSD) – if you’re in a good place, it will take you to an even better place; if you’re already feeling bad, it’ll make you feel even worse. Having casual sex when feeling low might lift up your spirits in the short-term, but it will bring you down even further the next day when the high is over and you’re alone in your bed. Plus, when you’re depressed, you’re more likely to do something stupid you didn’t want to do (e.g., have sex without a condom), and thus give yourselves more reasons to feel shitty about. If you choose to have casual sex, do it when you feel good about yourself.

If you know you don’t want it, yet you go along with it, you are practically allowing yourself to be raped (without the partner even realizing it). Sexual assertiveness (saying yes when you want something, and saying no when you don’t) is something you must learn and develop. People are not mind readers, if you don’t want something, let them know, as forcefully as is necessary

6. You already led them on and thought it’d be unfair to disappoint their expectations.

While it may not particularly nice to be a total tease and then leave them hanging, you’re never obliged to go through with it just because you led them on. Just say no when you don’t want to go any further.

7. You wanted to get revenge on someone (e.g., your ex, your disloyal friend).

Revenge is never a good reason to have sex. You will probably end up more frustrated and unhappy – and still just as angry – after doing something like that. If someone hurt you, either forgive them or delete them from your life, revenge and anger are poisonous feelings to harbor.

8. You wanted some free drinks/drugs/gifts.

The Only Right Reason to Have Casual Sex

Sex is pleasurable and fun and exciting, and wanting to experience that pleasure is the only good reason to jump in bed with someone you are not in a relationship with. (For relationship partners, wanting to feel emotionally close and connected to them is probably the anoother good reason to do it, but that’s not an option with casual partners, so forget about it.)

There are other good reasons to have casual sex, like enjoying the novelty of different partners, or wanting to experiment with your sexuality, and explore new things, but all of these basically boil down to wanting to have sex.

Having casual sex for the right reason is a necessary component of having a positive experience, both during and after the encounter. It’s not a sure-fire protection against having bad sex or feeling crappy afterwards – with casual partners you often don’t know what to expect and it might still end up being a mediocre or even a shitty experience – but it will probably not make you feel shitty about yourself.

Own your casual sex experiences. Be true to who you are. Do it if you love it and truly want it. Don’t do it if you don’t love it or if don’t want it in any given moment with any given person.

What have been your reasons for hooking up? Am I missing some important right or wrong reasons? Comments welcome!

The PVS is a sexual deviant of all sorts: bisexual, swinger, poly, sadist, dominant, sometimes a pro-domme, always a slut and a casual sex aficionado. Read More...