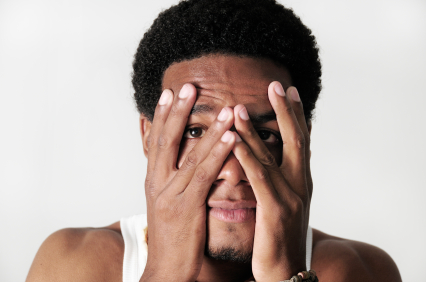 It may shock you to learn that I, who fancy myself a writer, appreciate words. Words have meanings, and using the right word helps us to communicate effectively. I’m also a huge proponent of proper grammar, punctuation, and spelling. Among other things, my love and respect for language are right there in almost every online profile I have. I get lots of messages that reference it. Some people share my appreciation; some people accuse me of being elitist.

However, what I hadn’t gotten before was a message claiming to support my language standards, but written as poorly as anything I’ve ever received.

“well, you don’t know me, but I can’t help but thinking that perhaps its a good match since I can sorta write halfway decent and I am pretty harmless……and perhaps I’ll treat you to some stuff on your wish list if you friend me………”

Really? If this is what you consider halfway decent, I really don’t want to know what you deem bad writing. Or perhaps you are just letting me know you have writing skills, but have chosen not to actually use them at this time. In case you missed it, there are *no* capital letters and *no* periods or other sentence-ending punctuation. (Using “its” instead of “it’s” is something I let slide every now then, but not when you’ve already shown complete disregard for the mechanics of the English language.)

No, I don’t know you. This is your first impression, and you’re not taking advantage of it.

You think perhaps “its” a good match. Besides the it’s vs. its issue, there’s the not-so-small matter of what “it” actually is. I have to conclude that you mean “a potential relationship between the two of us” for any of this to make sense. But then, wouldn’t it have been great if you had said that? Not to mention, you’re not entirely convinced of this, but you think I should extend myself anyway.

The argument you’ve chosen for yourself is that you’re pretty harmless. I hope this isn’t your only positive quality. It’s not exactly the way to get someone bursting with excitement to meet you.

And finally, maybe you’ll consider paying for my friendship? On its face, this doesn’t bother me. After all, I do have links to my wish lists in my profile. My problem is that this is the only substantive reason you give for why I might want to respond to you. You don’t seem to have anything else to offer. And if you do, you’re keeping it a secret.

On the offense scale, this doesn’t rate very high; on the annoying scale, it’s pretty far up there. If you are going to claim to possess a trait I (or anyone) want, it’s probably best not to directly disprove that in your message. This is not going to get you a response. This is a good way to get ignored, deleted, and/or blocked.

Amethyst Wonder was spawned from the mind and libido of a then-32-year-old kinkster and self-proclaimed slut as she surfed the internet looking for kindred spirits. She identifies as a queer, femme, poly-capable, pansexual, switchtastic, geeky pervert of color.