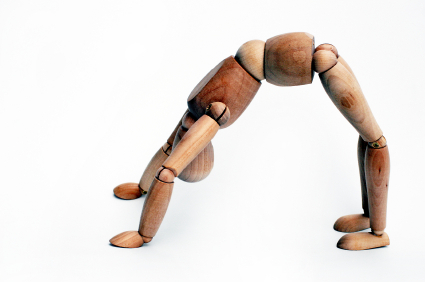 This month I decided to focus on one label, so I chose one from my own self-identification.

Until about a year and a half ago, I’d identified as straight for my entire life. I never felt uncomfortable with it, never felt it didn’t fit me. As my sexuality evolved, I began to be attracted to a wider range of gender identities. But I still identified as straight for some time. I resisted being labeled as bisexual for several reasons, and I didn’t see another alternative at first.

One reason was that I felt it was false advertising. I felt (and feel) that putting myself out there as bi would be misleading to potential partners. Another huge reason is that I don’t believe in the gender binary (the concept that there are two and only two genders), and the term bisexual is hopelessly attached to it.

What do I mean by heteroflexible?

I identify as female in every way, and my sexual preference leans strongly in the direction of masculine energy. My partners have primarily been cisgendered (identifying as the same physical gender they were born with) males. But primarily doesn’t mean always. And preference doesn’t mean requirement. My capacity for romantic or sexual attraction is not restricted to partners of one gender identity or sexual orientation by my chemical/hormonal make-up (or by anything else for that matter).

I feel this is a more accurate representation of my sexuality to potential partners. Someone once told me that they liked the term because it told her where my orientation was for the most part, but also that she still might have a chance with me.

In mainstream society, most people likely assume that I’m straight. When asked though, I tend to identify as queer. When I use the term heteroflexible, too many people seem to misunderstand. They tend to think it’s a joke of some kind, or code for something they don’t understand. More people have heard the term queer, and, regardless of whether they share my definition, they feel they have a handle on it.

I’ve also had some outright negative reactions to the term heteroflexible; some feel it’s a cop-out of sorts for people not willing to commit to being bi. At least one person I spoke to felt it was just a way for straight girls to tantalize guys. Interestingly, these criticisms are almost the opposite of each other, but they share the notion that the term heteroflexible denotes some sort of denial or deception.

But I feel this comes back to the fundamental problem with labels as a whole. People automatically insert their own definition of a label rather than discussing the label. As a result, I think it diminishes the extent to which we can share how we have chosen to self-identify. If the term I use holds a completely different meaning to you, then how am I really identifying?

9 Responses to “What Did You Call Me: Heteroflexible”

Amethyst Wonder was spawned from the mind and libido of a then-32-year-old kinkster and self-proclaimed slut as she surfed the internet looking for kindred spirits. She identifies as a queer, femme, poly-capable, pansexual, switchtastic, geeky pervert of color.