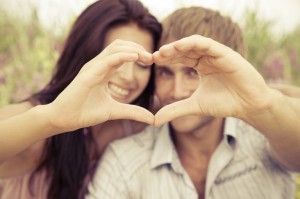 There was a lesbian couple where one partner was dominant and the other partner was a switch. The switch could not always accommodate the dominant partner’s wants and so they discussed opening their relationship to bring in other submissives who would rank below the switch. And they decided to do just that with submissive men!

Let’s look at another example.

There was a straight woman who had a male slave. He served her. He obeyed her. He took her beatings. But they did not do anything sexual because this man was gay.

Well that makes sense. She was heterosexual so she likes men regardless of whether they are gay or not. And men will do anything for sex. Right?

Maybe. Most likely not.

Let me add something before we try to explain that one. There is a gay man who is the master of a gay woman. How does that work?

It works because humans are complex. Their behavior is complex, as are their emotions, psychology, and sexuality.

Another contributor to this complexity relates to what is male and what is female; is it identified by anatomy, behavior, or something else? Physical anatomy defines sex and the  psychological identity defines gender. Sex and especially gender are not always black and white. A man whose gender and energy has a broad mix of that male and female might attract a person who is attracted to female gender and energy.