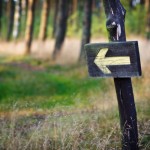 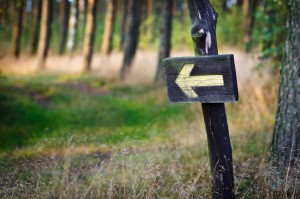 The story of Little Red Riding Hood has been retold so many times, I have trouble remembering the original, Brothers Grimm, version. It’s a perfectly concise and effective way to teach a double-lesson: one for the younger children, about the dangers of the world around them – listen to mommy, don’t talk to strangers, or you’ll put not just yourself, but your granny in danger; and the other for the young women, introducing them to the rules and realities of a patriarchal culture – if you’re a girl in a pretty red cloak, even worse things can happen to you than getting killed, for strangers, even the most suave and handsome ones, can be wolves who’ll live to prey on you and your good name. So a good girl will learn not to walk alone, and if she does – not to believe smooth-tongued gentlemen callers who might only want to get her out of her clothes.

A look at some of the modern versions of Little Red Riding Hood can reveal a number of rather interesting (and quite disturbing) things about the changes in our culture’s view of female sexuality. In her 1979 short story The Company of Wolves, Angela Carter deals with this aspect of the folk tale most explicitly, not shying away from its violent nature. Her story shows that a part of a woman’s life, in our male-dominated culture, is learning to control her sexuality, which starts as a power overwhelming and transforming the girl who’s entering womanhood, but can become a woman’s greatest strength.

In the beginning of her journey, Red is described as a girl on the verge of sexual maturity, affected by the changes outside of her control:

her breasts have just begun to swell; her hair is like lint, so fair it hardly makes a shadow on her pale forehead; her cheeks are an emblematic scarlet and white and she has just started her woman’s bleeding, the clock inside her that will strike, henceforward, once a month.

Very importantly, the girl’s a virgin, her unspoiled body being a special prize for the wolf and the man inside him, and it is more about men and the patriarchal culture’s focus on female virginity that Carter writes: “Carnivore incarnate, only immaculate flesh appeases him.”

However, The Company of Wolves has a twist ending – it is precisely through her womanhood, and not the hunters’ aid, that Little Red wins over the wolves. The implication throughout the story is that the wolf wants to seduce her: he’s handsome, dressed as a hunter, and when they make a bet, he demands a kiss from Little Red for his victory. Thus, when she is faced with the reality of the werewolf in her grandma’s bed, what she has to do becomes clear:

she knew the worst wolves are hairy on the inside and she shivered, in spite of the scarlet shawl she pulled more closely round herself as if it could protect her although it was as red as the blood she must spill.

She must either sacrifice her virginity or her life, since blood will be spilled either way – and so she seduces the werewolf and burns his human clothes (thus, as the tale teaches us, condemning him to his “wolfishness”). The story ends: “See! sweet and sound she sleeps in granny’s bed, between the paws of the tender wolf,” implying that once the werewolf’s male human nature is gone, he is no longer a threat to the girl. The most dangerous wolves, Carter seems to say, are beasts not in form, but in spirit: they are men, who hide their beastliness “on the inside.”

The creators of Once Upon a Time, a recent ABC television series, have taken the lesson of Little Red Riding Hood a step further: now, it is Red herself who is a werewolf and a danger to her community. While seemingly this twist subverts the power dynamics of the original story, since Red doesn’t have to fear strangers, but it is the strangers who have to live in fear of her – the result of this revision only serves to perpetuate our patriarchal culture, bolstering our fears of unrestrained female sexuality, while highlighting women’s inability to handle it themselves.

First, Red is introduced as a naïve young woman, who doesn’t know that she is a werewolf until she murders her own lover. She can’t control her actions, the story seems to say, whether it’s turning into a wolf and attacking those around her, or pursuing her sexual desires to the detriment of all involved. Second, Red needs to be protected from the villagers, who can discover her secret and kill her, and the role of the guardian is first taken on by her grandmother – the family member stereotypically in charge of passing down the law of patriarchal culture — and then, as even more of an insult to women everywhere, by Prince Charming, who is the only one in town who can calm the crowd and also talk her down. While she may not have to fear the wolves, Red needs a man to help control the wolf within her.

In one of the recent flashbacks of the show that reveals her back-story, we are introduced to Red’s mother, the matriarch of the werewolf family, who incidentally is the one who teaches Red how to control herself when she is a wolf. This self-control, whether we are driven by our human nature or our animal sexual desires, is in our hands, her mother seems to say. However, Red has to kill her mother, who, apparently has no control over her own rage and desire for revenge – thus successfully undermining any defense of female autonomy and sexuality.

So what is the latest lesson of Little Red Riding Hood? In Once, it seems to be: Control your women, for they cannot control their own, dangerous sexuality. They can’t help themselves – they will seduce you, and bring you to a fate much worse than death.

4 Responses to “The Real Danger of Red: “Once Upon a Time” of female sexuality”