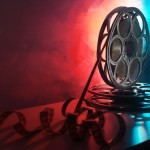 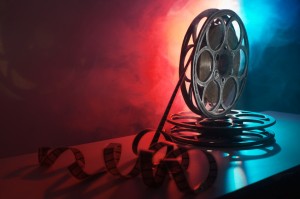 James Bond movies have never been known to represent women’s rights or champion gender equality, but at least lately they have seen an uprise in stronger and more positive female roles. That’s why Skyfall comes as such a surprise – a swift and definitive return to the days of Octopussy, one that may signal, I’m afraid, a new wave of main stream cultural oppression of women and women’s sexuality.

In Skyfall, women are punished for every inch of betrayal against their socially established feminine roles. They die gratuitously: “what a waste of good whiskey,” Bond exclaims after his lover is shot in front of him. Their masculine skills are undermined — “I, for one, feel safer without you in the field,” Bond tells Moneypenny after she wounds him, having followed orders and taken a very difficult shot. But even more brutal is their punishment for taking on power —  “mommy has been bad,” Silva says about M as he tries to kill her for making a rational decision that men in her position have to make all the time.

In the end (spoiler alert!), Silva’s mistress is shot moments before Bond finally decides it’s time to take down the bad guys, Moneypenny is relegated to the role of a glorified secretary, and M is killed by her “prodigal son” Silva in an Oedipal complex scenario gone wrong, and then conveniently replaced by her male alter-ego, M(allory). More than that, youth is punished, its arrogance and lack of foresight revealed (it’s young Q who lets the bad guys into the network system), while old cars, old houses, and old secret agents save the day, not through abundance of talent or dexterity, but their manly solidity and brute stubbornness. Even without his super-agent skills, Bond is able to kill Silva by stabbing him in the back with a knife (I love Silva’s reaction to such a crude death — he seems more annoyed at the method than upset by the fact that he lost). And Daniel Craig, though my favorite eye-candy, is a perfect actor for the part — his Bond is not the suave, elegant super-agent of Pierce Brosnan, but the rough, un-aristocratic, manly man.

No, the female lead and latest Bond girl of Skyfall is no other than Silva, played by the sexy Javier Bardem. As my favorite review of the film stated, Silva is both “a babe and a Bond villain to boot who wants to fuck Bond and kill him.” He is compelling in his sexuality — the way he flirts with 007, the seductive ways that he touches him, his eroticized silver voice…. He is a man confident in his skin, both masculine at times and flamboyantly gay, witty, playful, brilliant, strong. Of course he must be a psychopath and a super-villain. Feminine sexuality, even in a male body, must be punished and contained, lest it disturb the Old Boy’s Club of our hetero-normative society.

One Response to “Where have all the Bond Girls gone?”