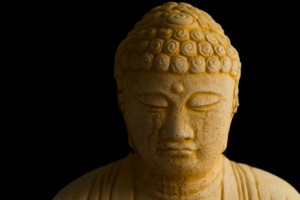 Wednesday was a really big day in the world.  A good chunk of the world, non-Catholics and Catholics alike, stopped to see who the new pope was.  This has been a popular topic among both religious and spiritual beings and atheists; I mean who knew a pope could retire, and although the pope’s jurisdiction only covers Catholicism his decrees affects the recovering Catholics too; like me.

I was at a gas station, waiting in line to make my purchases, a bit after I saw the world welcoming in Pope Francis I when I heard some commotion from behind.  Supposedly the gas station I go into for my sparkling water sells crosses.  I’m not sure if there is any legitimacy behind these crosses and a cross that I would pick up from a Christian type store, minus the gas station crosses that were void of jeebus action figures, but there it was.  I had a moment of amusement mixed with confusion.

Amused that a gas station would even sell a cross: I mean really – What are you going to do with a cross on the road and confused with whether or not on why this would be there. A few weekends ago, at church, my Minister gave a very nice sermon on false idols of the mind and spirit.  We have gone through the Unitarian Universalist principles this past year and this month we have focused on Humanism.  Humanism, for those who don’t know, focuses on humans and interactions with them, but not putting every grain of salt of spirituality into a supernatural being.  In fact there is no supernatural being in humanism.  There is a good chance that if a person is atheistic then they might be a humanist who focuses on the humanities well-being as their spirituality.

Buddhism, or at least some forms of Buddhism, would fall under humanism.

I’ve seen many Buddhas, in different locations, that might not have anything buddhist about them.  When my mother went traveling to Japan she found the word of the Buddha in her hotel rooms.  Note that they were free to take and spread the word she did take two of them being pretty interested in the fact that these were in replacement of the bible.  She also has at least one Buddha in her household despite having very deep Irish Catholic roots. Another friend has a happy Buddha in his living room, not really plain sight, but when I clean for him I usually see it.  My grandmother, who is a faux Buddhist and didn’t actually get fully on that Buddha train of gratitude and happiness, has shrines and shrines of Buddha.  Despite her nature to be not very nice to anyone the Buddha is present in her home.

So, is there really a difference between the gas station cross and a Buddha figurine?

Neither of these items are what the religion or spirituality is about.  Neither of these objects hold the power to destroy a religion or hold a religion at its foundations in a physical way.  Yes these objects remind us, mentally and spiritually, what we believe in.  I still do the sign of the cross when I walk by a Catholic church and if I were to go into a Catholic Church today I would guarantee you that I would bless myself with holy water, walk as close to the altar as possible, pray before getting into the pew, and kneel and pray when I get into the pew.  Guess what all these actions would be in front of? A very big crucifix, a statue of Joseph, and a statue of Mary carrying the baby Jesus.

Idols do not naturally exist- it all about creation.  The gas station crosses are merely cross-shaped objects.  It’s like identifying anything else- it’s taught. When you get down to it what creates the idols, what brings you close to Buddha, what creates a closeness to the idol, is really what is taught that the item, person, or objects holds for power.  If someone brings in a Buddha with a hello kitty picture on his stomach is he worth more or any less than a gold Buddha that costs thousands of dollars?

What is in an object, book, or religious practice?  Is an idol really an idol to every practicing member of a specific religion or spirituality or do we form our thoughts on it like we form nurture and nature?