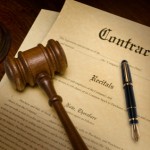 Not everyone has the opportunity, or even the desire, to get married. This is especially true for those of us who may practice an alternative style of relationship. However, there are a few simple documents that can help create a legally binding tie to your partners and help protect you and your loved ones in an emergency. It is never too early to start planning for the future. 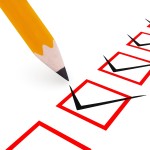 A friend mentioned to me that he was recently filling out some tax forms that had a check box for “single” under the category of relationship status. This reminded him of a time when similar forms did not use the word “single” but instead, they used the word “unmarried.” It’s good to see that, of […]

On Wednesday February 23, Attorney General Eric Holder announced that the Obama administration would no longer defend Section 3 of the Defense of Marriage Act.1

The decision not to defend DOMA was in relation to two pending cases Pedersen v. OPM and Windsor v. United States. The argument in both of these cases is that it is an unconstitutional Equal Protection violation for the federal government to designate which marriages it will consider valid.

The most contentious hot button issue for the Roman Catholic hierarchy today is gay marriage. The pope and his bishops stand united, at least publicly, in vehement opposition