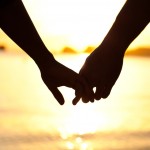 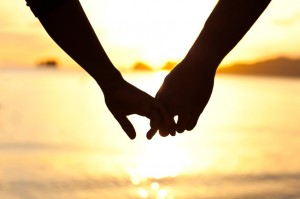 Kate Bornstein wrote about the modern imperative for identity in her landmark book, “Gender Outlaw”.  Identity is the “need to belong” to a recognizable group, and in her opinion, this is particularly true in regard to gender and sexuality. “Monogamous” is one of the largest self-identified sexual identities, and according to at least one study, it is increasing. A study by Alliant International University released in September 2011, showed that the number of people having sexual relations with someone other than their primary partner declined roughly by half between 1975 and 2000.

If this report is taken at face value, monogamy appears to be gaining in popularity, not that it was ever in danger of going out-of-fashion. But has it already? Was it ever really in fashion at all? While Americans pay lip-service to monogamy, Pamela Haag exposed the reality. In Marriage Confidential, she cites research that shows 80 percent of men and 65 percent of women would cheat if they knew they wouldn’t get caught.

We have two Americas, one where we believe in the Monogamy Ideal, and the other the Monogamy Myth. The Monogamy Ideal pervades popular culture. You spend your life searching for your soulmate, that one perfect person who will be your everything until death do you part. And if the first one-in-a-million tube of wonderful was a mistake, don’t worry, there’s more where that one came from. About 300 more just in our country alone. Countless examples of the Monogamy Ideal abound in music, television, movies and literature. Monogamy is enshrined in our holidays, extoled on our pulpits and held up as the ultimate romantic ideal.

But so to is the Monogamy Myth everywhere we turn, nearly equally prevalent in popular culture. Infidelity and cheating are rampant. We’re endlessly fascinated by the love lives of the rich and famous, even the not-so-famous. Especially when they cheat. How many romantic comedies have one or both leads having to choose between partners? How many romance novels have this very idea at the core of their plot? We’re equally fascinated by the idea of sexual liberation even as society overall disapproves and expects conformity to the Monogamy Ideal.

The truth is simply that the Monogamy Ideal is indeed a myth. Countless surveys, and research papers show us the swingers behind the monogamy curtain. To actually be a true monogamist under the most generous definition, you’d have to only have one sexual partner at a time ever. No cheating, no overlapping, no exceptions. Even among self-identified monogamists, how many of them have multiple sexual partners simply when the relationship they are beginning briefly overlaps the one they are ending? How many of them simply cheat until they get caught? How many of them have “understandings” or “arrangements”? How many of them negotiate threesomes or moresomes, allow experimentation or adventures when far from home, or have a “Don’t Ask, Don’t Tell” policy?

But the Monogamy Myth is just as much a myth. It’s the other side of a false binary. Because if the Monogamy Ideal is not true, neither can it’s opposite be true. Like the incredible range of human sexual identity, our relationship identity is just as much a spectrum. Some of us fall more naturally on one side or the other. You can be a monogamously inclined individual with multiple partners. Or a single poly person. Or anything else in between.

Non-monogamy, in one of its many forms, is the human norm; polyamory, polygyny, serial monogamy, open relationships and whatever else you can think of are much more prevalent than true “traditional” monogamy, especially when you get outside the Western World. But modern Western society holds fast to the Monogamy Ideal. What does this mean for those of us that are openly and honestly non-monogamous? It means that we are officially not part of the club. It doesn’t matter than most Americans claiming to be monogamous aren’t. Simply by saying they are in the group is enough. The group forgives their transgressions and welcomes them back with open arms. After a little humiliation and contrition, of course. A lot if they are in the public eye. But even the worst philanderers are forgiven. How many times did Newt Gingrich, Elizabeth Taylor or Larry King get married? Did their careers fail? Did their popularity or public image suffer?

By rejecting the Monogamy Ideal, we voluntarily become Outsiders. And in so doing, we lose a host of legal benefits and societal approval. We can lose our jobs for being out. We lose dozens and dozens of legal benefits that monogamous couples take for granted. Many doctors and psychiatrists blame our lifestyle for our medical problems whenever they can. Our family and friends frequently try to convince us that we’re just confused or misguided for our relationship choices.  Those of us who are not out, for whatever reason, have to lie about who they are and who they love every day.

The Monogamy Myth and Ideal are false social constructions. The truth of human sexual behavior is somewhere in between, shifting and morphing for every person all the time. Some of us are naturally inclined to multiple partners. Some of us aren’t. Some of us cannot be happy with only one sexual partner. Some of us don’t even want one, let alone several. Everyone should be free to love however they wish, sleep with whomever they wish, and with as many or as few as they wish. Everyone should be free to love and live the life they choose, free from societal judgment and interference.

3 Responses to “The Monogamy Myth”