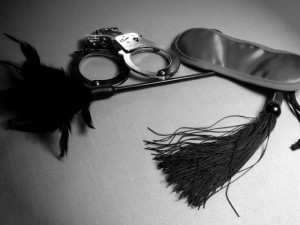 Evaluating Arguments: Definition of sexual orientation refers to attraction based on sex and gender

The medical dictionary at thefreedictionary.com gives the following definition:

The direction of one’s sexual interest toward members of the same, opposite, or both sexes, especially a direction seen to be dictated by physiologic rather than sociologic forces. Replaces sexual preference in most contemporary uses.

Based on this definition Saletan and Savage would appear to be correct. Matter resolved, right? Not quite. Dan may be a god but he is not the Christian God and, therefore, I can say with authority that his word is not the bible!

Here is what the American Psychological Association (APA) says about sexual orientation beyond attraction based on sex of a partner (emphasis added is mine):

Thus, my sexual orientation has two components: (1) heterosexuality, and (2) submission.

Sexuality and Sexual Orientation is Complex

How would you describe a woman who identifies as a lesbian and has:

Truth is diversity in human sexuality and identity makes sexual orientation too complex to be defined simply by the dictionary definitions given at top, or even by the second dimension I suggest when I describe my sexual orientation.

Some people suggest using the terms lifestyle or preference to refer to a want for BDSM. It is not a lifestyle or preference for me. It is not something that I came upon as a good way to live but something that is intrinsic to my identity and has been since early childhood—when my vision of the ideal lifestyle was based on action figures and toys! If you think lifestyle is an adequate term to describe an aspect intrinsic to identity, why is the term orientation needed at all? Why not just say some people live the heterosexual lifestyle and some people live the homosexual lifestyle and so on?

If orientation is defined only by whether you can hide it, why is heterosexuality or bisexuality considered an orientation?

And if orientation is determined by whether you need to hide it, then what about homosexual persons who are single? Are they of homosexual orientation only when they are partnered and when the question about whether they need to hide their relationship arises?

This argument runs parallel to the hiding argument; according to it, a single gay person has no reason to reveal or be open about their identity, which is incorrect and breaks this argument.

Let’s examine the word orientation. Definitions at thefreedictionary.com  include:

A tendency of thought; a general inclination: a Marxist orientation.

1The three credible sources below do not agree on the use of sexual orientation and sexual identity.

From chapter Sexual Identity as a Universal Process in book Handbook of Identity Theory and Research:

A number of scholars have argued that sexual identity would be more reliably accessed, and validly represented, if it were disentangled from sexual orientation (e.g. Chung and Katayama, 1996; Drescher, 1998a, 1998b; Drescher, Stein, and Byne, 2005; Rust, 2003; Stein, 1999; Worthington et al., 2002). Our conceptualization of sexual orientation refers to an individual’s patterns of sexual, romantic, and affectional arousal and desire for other persons based on those persons’ gender and sex characteristics [American Psychological Association (APA) Task Force on Appropriate Therapeutic Responses to Sexual Orientation, 2009].  Sexual orientation is linked with individual physiological drives that are beyond conscious choice and that involve strong emotional feelings (e.g. falling in love). Sexual orientation identity is what we term the individual’s conscious acknowledgement and internalization of sexual orientation.

From Article  listed below:

Article: Haizlip Breyan N. (2011), A Qualitative Examination of the Heterosexual Influence on the Counseling Process. International Journal of Humanities and Social Science. 16, 47-55.

From a [glossary][http://feminism.eserver.org/sexual-gender-identity.txt] provided by Feminism and Women’s Studies website created by members of Carnegie Mellon University Women’s Center:

Sexual Identity: How one thinks of oneself, in terms of being significantly attracted to members of the same or the other sex. Based on one’s internal experience, as opposed to which gender one’s actual sexual partners belong to. (See sexual orientation/preference.).